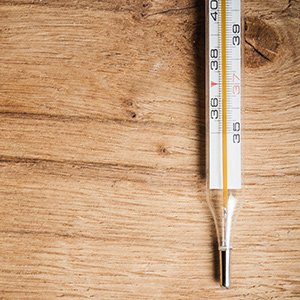 The amount of clients who have come to see me with heavy metal toxins over the past year has been alarming. In particular, mercury levels over 5ng/ml in a blood test.

You may be wondering where the exposure comes from and why in this day and age mercury toxicity is still a concern.

What symptoms does mercury cause?

Mercury can reach and affect nearly every cell in the body and symptoms are vast for this reason. The symptoms you experience first depend on your genetics and other toxic suppressors, but can range from immune system issues to brain development and reproductive issues.

The existence of mercury can increase toxicity in the body, making it more difficult to cleanse and detox other toxins!

How is the immune system affected?

Mercury rapidly depletes the immune system and contributes to auto-immune diseases. Mercury can cause an increase in the number and severity of allergies, another incorrect immune response.

How does mercury toxicity affect the reproductive system?

Low sex drive and PMS are examples of other problems whose root cause is mercury toxicity. Mercury lowers zinc levels, which in turn leads to lower testosterone levels, lowering libido as well.

Are babies at risk?

Mercury can cross the placental barrier. This has been shown in both human and animal studies. Birth defects, especially involving the brain, can be caused as mercury can pass through both the placental and blood-brain barrier.

Mercury can also be transmitted via breast milk.

What about mental affects of mercury toxicity?

Mercury accumulates in tissues, especially the brain. Within the brain, mercury is stored preferentially in the pituitary gland and hypothalamus. Mental symptoms of toxicity affecting the posterior pituitary include: depression, rage, phobias, anxiety, indecisiveness, low self-confidence, compulsions, and mood swings.

Because of mercury’s affinity for the brain, mental affects are common. Mercury inhibits the effects of certain neurotransmitters including:

Why is fatigue and lack of energy a side effect of mercury toxicity?

Mercury binds to nitrogen and sulfur in proteins, oxygen from the lungs, sulfur from the liver’s detoxification systems, and selenium from the colon.

This can lead to:

Fatigue associated with mercury toxicity can be due to several of mercury’s effects, including reducing adrenaline and neurotransmitter effects, reducing oxygen to tissues, and interfering with the process which converts sugar to energy.

What other types of symptoms are caused by mercury?

Mercury increases the toxicity of other poisons/toxins and makes it harder to detox!

So…how do you combat mercury toxicity and cleanse it from your body?