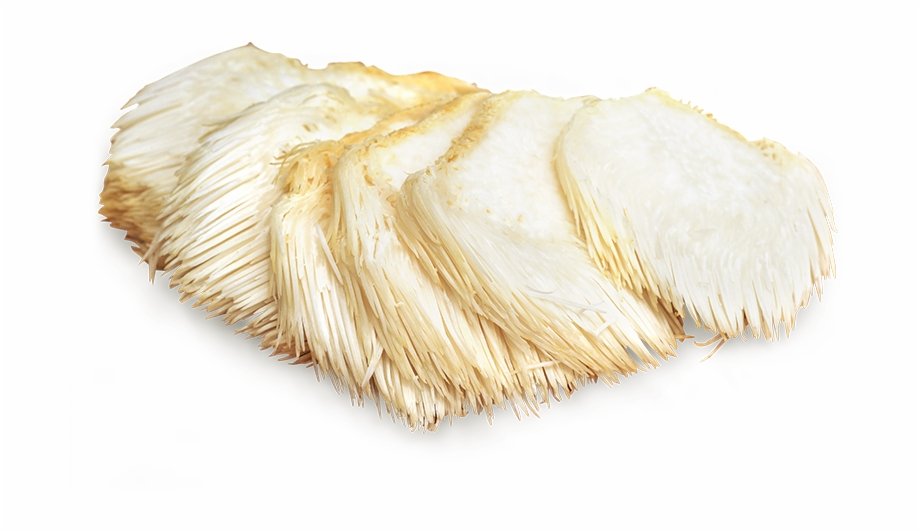 What if I told you that there is a mushroom that helps with brain repair, has the ability to fight cancer, combats depression, is anti-aging and has many more incredible powers? Would you think it was something out of Alice in Wonderland? Well, such a mushroom exists, and it is called Lion’s Mane. This mushroom actually looks like a figment from the classic novel because it has white flowing ‘scruff,’ made up of the mushroom’s long spines that extend outward, which is also how it got its unique name. Lion’s Mane is a nootropic fungus that has a long history of use in Chinese Medicine. The list of benefits that the mushroom provides is absolutely mind-boggling.

A recent study noted that Lion’s Mane is “antibiotic, anticarcinogenic, antidiabetic, anti-fatigue, antihypertensive, anti-hyperlipodemic, anti-senescence [anti-aging], cardioprotective, hepatoprotective, nephroprotective, and neuroprotective, and improves anxiety, cognitive function, and depression.” I do not think I could come up with one human-engineered pharmaceutical that could boast a list of benefits that long if my life depended on it! Let’s take a look at the most significant ones.

Research shows that supplementing with Lion’s Mane mushroom potentially slows and/or reverses the progression of various forms of cancer including leukemia, breast cancer, liver cancer, colon cancer, lung cancer, cervical cancer and stomach cancer. Pretty impressive, right? A Korean animal study showed that supplementing with Lion’s Mane mushroom extract inhibited the metastasis (movement of cancer cells from one organ to another) by over 65 percent. That is what holistic practitioners, like myself, are referring to when we say that we can, quite literally, use food as medicine.

There is no shortage of research on the idea that Lion’s Mane mushroom significantly enhances brain cells and brain function. In fact, Lion’s Mane is so powerful, that it may even have a substantial effect on various neurodegenerative diseases. The International Journal of Medicinal Mushrooms (yes, that publication exists and, yes, it is wonderful) published data that showed Lion’s Mane actually aids in the growth of critical parts of the nerve – axons and dendrites. One of the primary symptoms of diseases like Parkinson’s and Alzheimer’s is brain degeneration, but the growth of dendrites and axons can reverse that! This means that Lion’s Mane supplementation has the potential to significantly affect neurodegenerative diseases. Other research has shown the Lion’s Mane has proven capable of rebuilding damaged cells within the delicate area between the brain and spinal cord. Can you imagine the suffering that may be avoided if the powers of a fungus can be harnessed to reverse brain diseases and injuries?

Lion’s Mane has also been shown to be effective in reducing inflammation, which is a major facet of countless issues throughout the mind and body including diabetes, heart disease, and autoimmune diseases. A study conducted in 2015 revealed that the fungus helps to diminish inflammation in fatty tissue, which is significant because fatty tissue inflammation is partially to blame for various conditions that increase stroke, heart disease and diabetes risk.

Lion’s Mane mushroom has proven to significantly reduce some of the ultra-uncomfortable symptoms of diseases like gastritis and inflammatory bowel disease (IBS). As if that was not incredible enough, the magical ‘shroom is also antibacterial against the harmful bacteria H. pylori, which is a primary cause of gastric ulcers. While fighting bad bacteria, Lion’s Mane has also shown promise in aiding in the production of good gut bacteria, which is important for many functions (but that is a whole other blog topic).

Since new information about the gut-brain connection is constantly being revealed, it should come as no surprise that Lion’s Mane mushroom also affects mood and mental wellness. In one study in which women were asked to take either a Lion’s Mane supplement or a placebo, the group who was administered the mushroom extract experienced reduced levels of anxiety and depression. Other studies lead authors to believe that Lion’s Mane extract may be helpful in treating people with depressive disorders. The improved mental health aspect of Lion’s Mane makes sense since various mental illnesses often contain an aspect of inflammation.

Since Lion’s Mane mushroom has proven beneficial for seemingly countless bodily functions, why not add immune system enhancement and diabetes management to the list? It is true, while there is not as much information on either of the two connections yet, the fungus does have the potential to positively impact both of those health processes as well. A study conducted in 2012 evaluating the medicinal potential of 14 types of mushroom determined that lion’s mane had the fourth highest antioxidant activity.

If you were skeptical of the term ‘medicinal mushrooms’ before, you can now rest assured that the idea has a significant amount of scientific backing. Though the mushroom is not sold at most U.S. grocery stores, you can either grow it yourself with a Lion’s Mane mushroom kit or purchase it in supplement form. When deciding on a supplement, be sure to avoid citric acid, natural flavors, alcohol, bovine derivatives, carnitine and preservatives – this goes for all supplements. Lion’s Mane dosages vary from 300 milligrams to 3,000 milligrams, so be sure to always check the dosing information. Always check with your doctor before starting a new supplement.