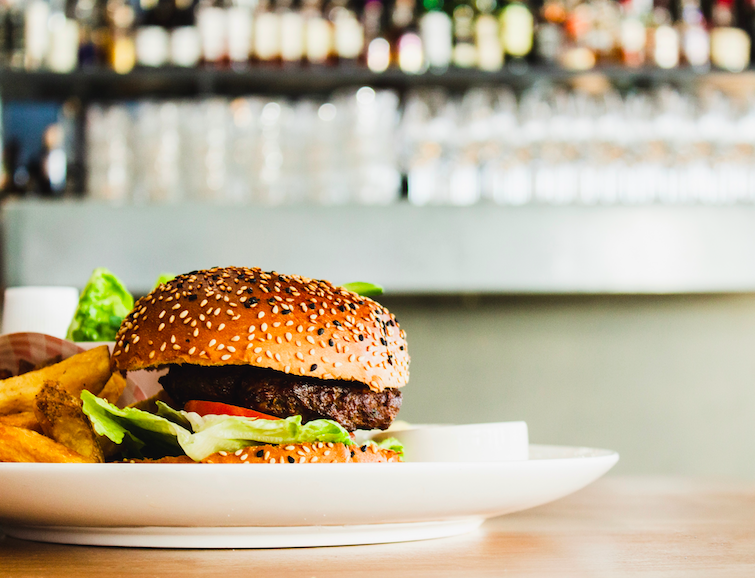 I never would have guessed there would come a day when I could cook up a veggie burger and it would “bleed” like beef. I also never would have predicted that you could roll through the drive through at KFC and order a bucket of vegan fried “chicken” or have a vegan Whopper at Burger King so authentic that it would fool the most carnivorous omnivores. But, alas, here we are!

The vegan “meat” market has absolutely exploded. No matter where in the U.S. you live, chances are that you can probably find some sort of veggie-based mock meat product in a grocery store or restaurant near where you live. And if you live in a more populated area, you can find everything from vegan bacon and smoked vegan cheese wheels to vegan goat cheese and vegan tuna fish. On a global scale, you can travel to pretty much any city across the world and find some form of plant-based alternative meat.

Arguably, the two most popular vegan meat brands in the United States are currently Beyond Meat and Impossible Foods. They have completely taken the meat industry by storm by offering their plant products in restaurants and grocery stores nationwide. Large chains such as White Castle, Red Robin, Del Taco, Qdoba, Carl’s Jr., Burger King, A&W and, most recently, KFC now offer products from one of the two rapidly growing companies. Subway is planning to roll out a Beyond Meat meatball sub and there are whispers of McDonald’s contemplating whether to get on board the vegan train. In many cases, the food chains’ sales have spikedas a result of incorporating vegan options into their menus.

But, the issue with the rise in popularity of faux meat products is that there is now a race to develop as many as possible in order to capitalize on the global diet shift. This can lead to a lack of much thought and even what can seem to be an intentional disregard of the quality of ingredients going into these products. While the plant version of whatever product you are eating is likely healthier than the animal meat version, it is crucial to remember that “healthier” is not the same thing as “healthy.” Just because a food is vegan doesn’t mean it’s healthy. Many veggie burgers and meat alternative products on the market are highly processed, packed with sodium and contain natural flavors (which can pretty much mean anything), saturated fats and refined oils. If we get down to the nitty gritty of the most commonly used plant-based meat ingredients, here are the ones that raise concern.

This is the base for most of the products produced by brands like Impossible Foods, Gardein and Boca.

The Good: The upside of soy-based products is that they are typically high in iron. For example, the Impossible Burger offers 25% of the Recommended Daily Amount (or RDA) of iron, which is more than the average beef burger. Boca and Gardein burgers rank lower in iron than the Impossible Burger, but they still contain a significant amount of the critical nutrient, coming in at 10% of the RDA for iron.

The Bad: Unless noted otherwise, most companies use GMO soy, which is not good for our bodies or brains. The Impossible Burger uses GMO soy and it recently tested 11 times higher than Beyond Meat for glyphosate (the primary active ingredient in Round Up Weed Killer – yikes!). Be sure to always look for the Certified Non-GMO label whenever you purchase soy products. Many soy-based products are loaded with other unnecessary additives as well.

This is the foundation of burgers developed by popular brands like Beyond Meat and Dr. Praeger’s.

The Good:The positive aspect about pea protein is that the majority of burgers that include it as their base are non-GMO. While pea protein does not provide the full set of benefits that peas in their natural state offer, it is still a great source of iron, contains all 9 essential amino acids, and it is one of the most easily digestible forms of protein available. This is the main reasons why I suggest the Beyond Meat burger over the Impossible Burger.

The Bad: Some pea protein-based burgers contain refined oils. For example, the Beyond Burger contains refined coconut oil and canola oil. Many vegan meat products that contain pea protein also contain “natural flavors,” which you already know I am not a fan of.

Vital Wheat Gluten is the main ingredient in some of the burgers developed by brands like Sweet Earth and Field Roast.

The Good:Some products that include seitan as the base, such as Sweet Earth’s burger, contain almost entirely organic ingredients.

The Bad: As you have probably already guessed, these products contain gluten. Even beyond those who have Celiac or gluten sensitivity, I am not a fan of the ingredient. In general, my clients feel better, suffer from fewer digestive issues, and see their energy improve through gluten elimination. Most of these seitan burgers also contain refined oils, so they are a pass for me.

Brands such as Amy’s and Hillary’s use a grain like rice or a combination of multiple grains as the base for their burgers.

The Good:Burgers developed by both of the brands mentioned above contain ingredients that are almost all organic.

The Bad: There have been reports popping up for the last couple of years that indicate high levels of the heavy metal arsenic in rice produced from different parts of the world. On top of that, I have found that a large number of grain-based burgers contain unnecessary fillers similar to the ones found in the various other vegan burgers that I mentioned along with substances like vegetable and guar gum and soy lecithin.

In closing, are plant-based meat products actually better for us? The simple answer is yes, in general. However, I still strongly encourage all of my clients to read the ingredient lists of all of the products that they are considering purchasing and avoiding foods that contain GMOs, refined oils, large amounts of sodium or saturated fat, and other unnecessary additives like “natural flavors.” Always keep in mind that even though a product may not contain animal-derived ingredients, it does not automatically make it a healthy choice. When in doubt, opt for whole food, plant-based, close-to-the-earth options.