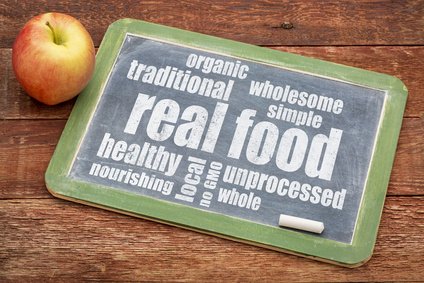 Is going organic worth it?  I hear it all the time, you can’t help but think, “Is that extra thirty dollars a week really going to make that big of a difference?” Are you wasting money on nothing more than a food trend?

If this thought process sounds familiar, you’re not alone.

Conventional foods may cost less, but at what cost to your health? You’re exposed to chemical cocktails on a daily basis, leading to the golden question: what actually happens when you switch to an organic diet?

Based on a study conducted by researchers from RMIT University, it’s been found that when you switch to organic foods, you can reduce pesticide exposure by 90 percent in just one week. Hmm, sacrificing a little extra cash for fresh organic food doesn’t seem so bad now, does it?

In another recent Swedish study, a family who generally ate non-organic foods were analyzed based on making the switch. For the first week, the family ate their regular diet before switching to an all organic diet for two weeks. Urine samples were collected throughout and analyzed for twelve different pesticides. Urine doesn’t lie.

It was found that during the period when the family ate conventionally grown food, pesticides were found in the urine samples. After switching to organic food, pesticide residues levels were significantly lower.

As you can see from the sample figure below, pesticide levels were more concentrated within the conventionally grown consumption period. Based on the mother’s sample results, the levels shown within the organic period are due to residues found mostly in coffee and wine. This study clearly showed the true impact of switching to an organic diet.

Given this knowledge, why aren’t more people buying organic?

The number one reason is cost. In comparison to conventional farming where chemicals are the farmers’ right-hand helpers, organic farming requires much more intensive labor and management and in turn those costs are passed along to the consumer.

What’s interesting, is if you were to factor in the cost of conventional food production in terms of the environment and public health, you would find that both options cost around the same.

The next time you’re hemming and hawing, wondering if the extra $2 for organic strawberries is worth it, remember these benefits:

For the most part, organic foods are healthier due to what’s not in them. When it comes to the toxic cocktails we’re exposed to on a daily basis, we simply do not know enough about the long-term effects. When deciding which foods to purchase organic, here is a helpful guide from The Environmental Working Group: EWG’s 2015 Shopper’s Guide to Pesticides in Produce this is my guideline for purchasing organic and it should be yours too.

*Recently there has been much controversy over the quality of organic foods and fraudulent labeling of organic foods coming from China.  You can read more on this topic and get the inside scoop on this here: http://draxe.com/organic-foods-china-shocking-and-exposed/