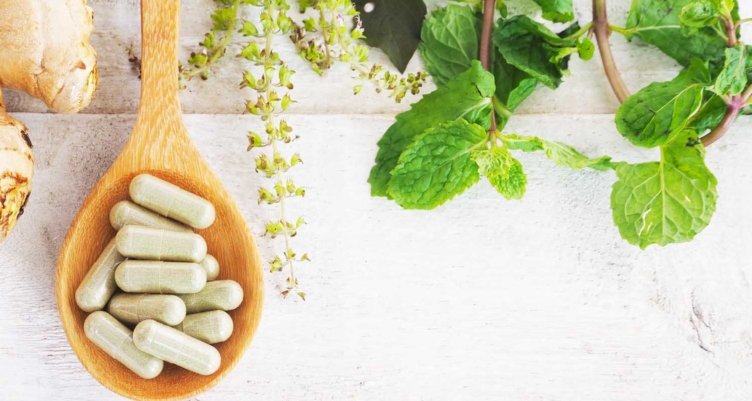 I often refer to ashwagandha as a sort of “miracle herb”. It’s an adaptogen, meaning that it has a stress-relieving and an overall normalizing effect on the body’s processes. It has many medicinal benefits and I’ve been taking it for years. Regularly supplementing with ashwagandha has helped to improve my thyroid function, my quality of sleep, anxiety, and even symptoms of adrenal fatigue.

And while this hard-to-pronounce adaptogen has been gaining a lot of traction in the wellness world recently, it’s actually been around for nearly 5,000 years. In Ayurvedic healing, it’s been used to treat a variety of conditions from inflammation to constipation and everything in between.

How can you benefit from this ancient healing herb? Below, I’m explaining all the ways Ashwagandha has helped me, and how regularly supplementing this adaptogen just might lead you to live a healthier and happier life.

Ashwagandha is most famous for its proven stress and anxiety-reducing abilities. Studies have shown that ashwagandha can improve a person’s reaction to stress and therefore, lower cortisol levels. Which is super important, because chronically high cortisol levels in people with constant stress or anxiety can lead to a slew of health problems, including adrenal fatigue (read my post on it here).

And, unlike many typical anti-anxiety medications, supplementing with ashwagandha has little to no side effects.

One of the most amazing things about ashwagandha is that its benefits change depending on your personal health status. For example, it can be beneficial to those with hyperthyroidism as well as those on the opposite end of the spectrum, with hypothyroidism. One study found that those with hypothyroidism who supplemented 600 mg of ashwagandha daily for an 8-week period had a significant increase in levels of crucial the thyroid hormones, T4 and thyroid stimulating hormone (TSH) .

There is some controversy over whether ashwagandha is safe for those with thyroid issues, because it is classified as a nightshade. However, I consider it a vital part of my healing process from Hashimoto’s. Of course, overdoing it and taking too much regularly may have some negative effects––just like any other food or supplement. That’s why I recommend starting with a dose of around 500 mg and eventually, if there are no adverse health effects you can work your way up… but don’t exceed 1,500 mg. I currently take only 500 mg per day, so just find what works for you!

Its most obvious immune-boosting ability lies in its potential to reduce stress levels, since stress and poor immunity are directly related. However, ashwagandha has also been found to increase the production of pathogen fighting antibodies in the body––although so far, only animal studies have been done to prove this, so further research on humans is needed.

Plus, ashwagandha works as an anti-inflammatory, to help further prevent disease.

Studies have shown that ashwagandha may improve brain function by reducing the effects of sleep deprivation on memory and levels of oxidative stress. Because it contains vital antioxidants, ashwagandha can protect the brain from cellular degeneration, which is tied to brain-related diseases like Alzheimer’s. One study found that consuming 300 mg of ashwagandha for eight weeks may lead to improved memory, attention span, and the ability to process information more quickly.

If you’re looking for something to get you in the mood, ashwagandha is an effective aphrodisiac. One study found that ashwagandha supplementation lead to higher rates of arousal and completion in women. Plus, because of its natural ability to boost testosterone in men, it is thought to improve male fertility.

Say goodbye to blood sugar spikes and pesky cravings, because ashwagandha has shown to be an effective tool in lowering blood sugar levels. This is partially because of its ability to naturally reduce stress. But also, it can increase insulin release and improve insulin sensitivity, meaning more sugar makes its way into your cells to be utilized, rather than just free-floating in your bloodstream.

As always, please consult with your doctor before introducing a new supplement into your routine, especially if you have any preexisting health conditions.