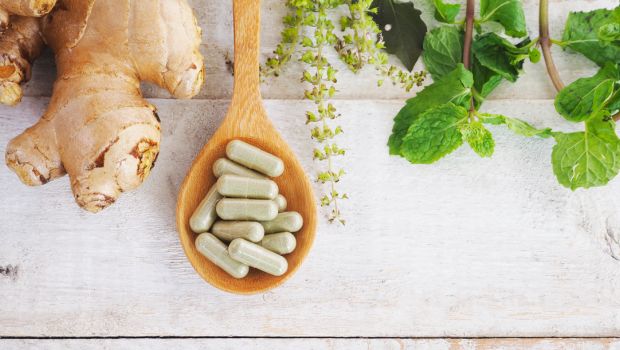 When it comes to my health, saying no literally saved my life. I sometimes wonder how it would’ve turned out if I had said yes to the first doctor I saw when I was diagnosed with cancer. Honestly, I have no idea what gave me the strength to stand up and say “No thanks, I’ll look elsewhere”. It was just a feeling deep inside and luckily I went with my gut. My mission in life is now to help others tune in and trust that same intuitive feeling when it comes to their health.

This week, as cold and flu season approaches, I want to touch on a very important NO you should consider: Saying NO to antibiotics. Don’t get me wrong. I’m not trying to play doctor here. This is strictly for educational purposes. There are a just a few things, including great alternatives, I’d like you to consider before popping your next Z pack.

What’s the issue with antibiotics?

Antibiotics were a miraculous discovery that have saved millions of lives. The problem we have today is that they’ve been massively over used. I’ve had clients and friends tell me they’ve been prescribed antibiotics for everything from a bee sting to a viral infection like the flu (note: viruses are TOTALLY different from bacteria making antibiotics virtually useless in treating them).
Not only are they over prescribed, but they’re found in everything from cleaning products to clothing and toys. You can even find traces of antibiotics in our water to the point it’s damaging the ecosystem. As bacteria mutate and adapt, it creates dangerous resistant superbugs that turn once treatable diseases into deadly ones that have no cure. Additionally, the constant exposure to antibiotics makes it really challenging to maintain a balanced gut flora. Without adequate flora, we simply can’t maintain health.

What do I use instead? It turns out, there are many very effective herbal antibiotics that don’t disrupt your health or the health of the environment. Also, because these plants have a more complex way of combating bacteria, they drastically reduce resistant mutations. Next time you’re handed an antibiotic for something trivial, take these herbs into consideration.

Artemisia Annua – Also known as Qing Hao in Chinese Herbalism, Artemisia (and other plants in this family) are excellent microbe killers. Research on this plants’ effectiveness on malaria infections recently won a nobel prize. It’s a systemic antibacterial, meaning it’s able to travel beyond the digestive system, and found to combat E.coli, Staph, and Strep species. It also helps reduce fever and strengthen the liver. The plan is best used if tinctured fresh and is becoming more and more popular. It’s also super easy to grow in your garden!

Bioactive Silver – Another systemic antimicrobial, bioactive silver is capable of disabling the function of bacteria without posing human toxicity. The silver interacts with the cell membrane of microbes and is able to disrupt its protein coding. Basically, it prevents bacteria from adequately building DNA. Bioactive silver is one of my first go tos if I feel something coming on and I take it with me when traveling.

Grapefruit Seed Extract – Grapefruit seed extract is a good one for treating things like candida and UTIs. Some studies have shown that it’s even effective against UTI when traditional antibiotics fail. GSE also fights fungal pathogens like athlete’s foot. I take GSE internally (in water!) when I feel like I need a little extra help fighting something off. It’s also a really great addition to homemade self care or cleaning products that you don’t want to go bad.

Oregano Oil – Oregano is high in antimicrobial plant chemicals that act as biocides against bacteria. Thymol, found in oregano, is a a natural fungicide with antiseptic properties. It also boosts immunity, shields against toxins, and prevents tissue damage. Carvacrol, another plant chemical in oregano, has been found to be effective against various bacterial infections, such as Candida albicans, staphylococcus, E. coli, campylobacter, salmonella, klebsiella, the aspergillus mold, giardia, pseudomonas, and listeria. Oregano oil should only be used for short term infections as it can have the same effects on the microbiome as mainstream antibiotics.

Oregon Grape Root (or other Berberine containing plants)- Plants that contain a yellowish hue often also contain a chemical called berberine that’s super effective against bacteria. Oregon grape root and goldenseal are two of the most well known. There are others including those in the Coptis family, which is popular in Chinese herbalism. Berberine containing plants have been well studied in their effects against resistant Staph infections. It’s been found that the whole plant is more effective than the berberine chemical alone against MRSA. These plants are local antiseptics which means they have to make contact with the infected area and can work great on open wounds and in the digestive system.

In addition to utilizing the incredible herbal antiobiotics, we all need to practice good old-fashioned common sense to prevent and control the spread of antibiotic resistance.

Antibiotics serve a super valuable purpose in the medical field. When your doctor prescribes them for a seemingly mild condition, don’t be afraid to speak up and ask questions. If the answers don’t feel right to you, you do have the power to say no. I avoid antibiotics at all costs, but I will take them in dire situations. There are plenty of ways to safely and effectively combat bacteria that won’t put your health on the line or create resistance.