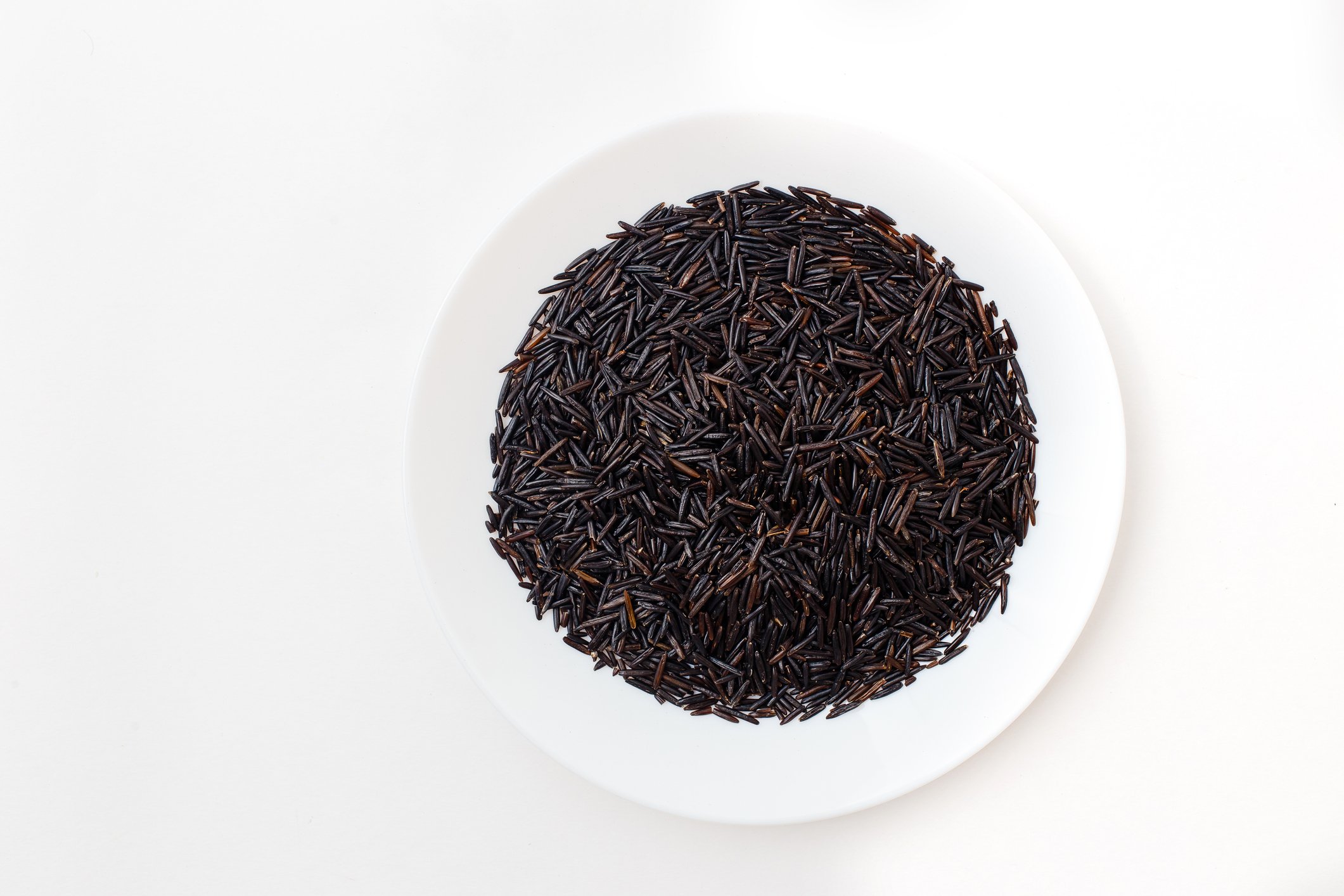 Black rice, also known as “emperor’s rice” or “forbidden rice” (only royalty in China used to be allowed to eat it), may seem like it is just starting to gain popularity as it is popping up in more health food stores across the U.S. than ever before. But this dark ancient grain has been a staple in various Asian cultures for centuries – and for good reason. It is much more nutrient dense than white rice and contains more benefits than many other rice varieties, yet it can still be used in all of the same convenient and delicious ways as the more traditional forms of rice. Black rice is sweeter than brown rice and has a nutty taste to it. There are different types of black rice and one of the more popular ones in the United States is often found in Thai desserts. Black rice is a medium-grain, gluten-free heirloom rice. That is right, gluten-free folks can enjoy this rice, too.

Why does black rice hold its unique dark color, you may ask? It is extraordinarily high in anthocyanin – an antioxidant that provides the rice with its unique pigmentation. Fun fact: the outside hull of the grain has one of the highest levels of anthocyanin antioxidants of any food, which is the reason for its purplish hue (similar to other purple-tinted high antioxidant foods like blueberries and blackberries). In fact, research at the 2010 American Chemical Society meeting showed that a spoonful of black rice bran contains more anthocyanins than a spoonful of blueberries! So, what is the reason behind all the hype around anthocyanin? Anthocyanin has a whole slew of health benefits correlated with it. It has been known to help prevent cardiovascular disease, helps to protect against various forms of cancer, improves brain function, reduces inflammation and more. And black rice is high in more than just the one antioxidant. It also contains a significant amount of vitamin E, which aids in immune, skin, and eye health (among may other important functions). So even though black rice contains similar nutrients and the same amount of fiber as brown rice, it is considered healthier because of its antioxidant levels.

Aside from being loaded with antioxidants, black rice is also impressive for a number of other reasons. At only about 160 calories per serving, black rice is a significant source of phytonutrients, fiber and minerals. It is also a great source of plant-based protein at 4 grams of protein per ¼ cup of a cooked serving (which is almost double the protein of brown rice).

The antioxidant benefits of black rice go a step even further to positively affect heart health. They help to reduce Low Density Lipo-Protein (LDL), aka bad, cholesterol, which is notorious for its role in heart disease. Black rice has also been known to limit atherosclerosis.

As I mentioned, black rice is packed with fiber, which helps to prevent constipation along with other uncomfortable digestive issues. As a quick summary of the function of insoluble fiber in the digestive process, it is able to bind with the toxins and waste within the gastrointestinal tract, leading to regular and healthy bowel function. So, if you are someone who regularly experiences digestive discomfort, it would not be a bad idea to up your intake of black rice.

Acts as a Detoxifier

As another effect of black rice’s magnificently high antioxidant count, it can also act to remove harmful toxins from the liver and help to cleanse the rest of the body as well. You know that I am a huge fan of regularly detoxifying your system, so this is one of the main reasons why I love black rice.

White rice has been known to increase blood sugar pretty significantly. It is high on the glycemic index, which means that it can lead to a rapid spike in blood sugar, which is dangerous for multiple reasons including the potential to increase the risk of diabetes. According to one study, eating a serving of white rice every day can increase your risk of Type 2 diabetes by 10 percent. But black rice actually has the opposite effect. The antioxidants and other nutrients in the rice help to slow the absorption of sugar in the bloodstream. Unlike stripped carbohydrates such as white rice, black rice contains the whole bran of the grain (the part of the grain where the fiber is stored), which aids in the slower absorption of glucose.

The fiber and nutrients in black rice also help to turn off hunger signals to the brain, making it less likely for us to overeat. The same signals take longer to turn off with the consumption of white rice and other simply carbohydrates. Insulin resistance has also been linked to obesity, and whole grain forms of rice, like forbidden rice, have been known to reduce insulin résistance.

In sum, black rice contains more protein, antioxidants, fiber and iron than other rice varieties. It contains more carbohydrates than other forms of rice, but it is not stripped of nutrients like white rice is and it is a whole grain, complex carbohydrate, so that does not bother me. Black rice helps to keep us full and removes harmful substances from our bodies. It tastes delicious and can be used in so many different ways. It can be found in health stores and many mainstream grocery stores along with various Asian grocers. Compared to brown rice, black rice has a similar amount of calories, protein and fat per serving. In terms of fiber, brown rice has 1 gram of fiber per serving and black rice has a whopping 5 grams per serving. Black rice also contains significantly more antioxidants as I discussed earlier. So, even if you have already made the healthy switch from white rice to brown rice, maybe it is time to start adding black rice into the mix.

Are you interested in cooking with black rice but are not sure where to start? I absolutely love this Forbidden Rice Salad with Sesame Ginger Dressing. Bon appetit!