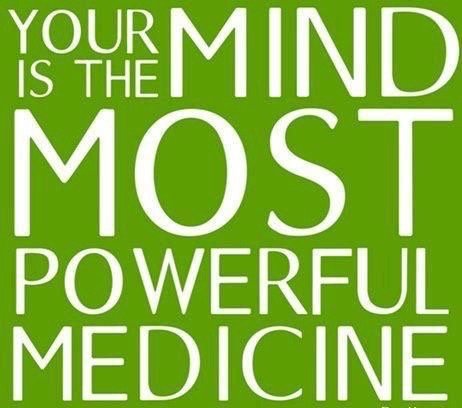 Do you believe that your body is destined to deteriorate with each passing year after the age of 25? At 32-years-old, I had a lot of aches, pains, and even cancer. I felt like my passing years were beginning to betray my body- just as I’d been told they would.

For many years, I failed to realize that I possess the capability to influence my own healing process. I was buying-in to a default belief system without even knowing it. In our world, sick is the new normal. We’ve collectively convinced ourselves that, not only are we designed to get sick, but we’re also wired to stay sick. We’ve some how lost touch with our bodies amazing ability to heal. Not surprisingly, this belief system has become a self-fulfilling prophecy.

I want you to understand something: IT ABSOLUTELY DOESN’T HAVE TO BE THIS WAY! If we step up and take initiative, we get to choose so much more of our own destiny than we realize. I want to help others see that there’s an alternative to sitting around idly waiting for an inevitable demise. I want to inspire you to define your own normal, one that’s vibrant, energized, and full of life.

WE ARE SO MUCH MORE THAN JUST WHAT WE EAT, WE ARE WHAT WE THINK TOO.

In fact, I’d argue that we are more what we think than what we eat! (Coming from a nutritionist/cleanser/foodie I think that says something, right?!). You can have the best diet on the planet but if your mind set isn’t right, you’re still creating room for disease.

The idea that our minds can be as powerful as a pill is well accepted in medical literature. Studies have demonstrated the effectiveness of placebo time and time again. They’ve also been able to show significant improvements in health markers of test subjects just by setting them up to view themselves in prime health.

Scientists have been able to demonstrate how stressful thoughts lead to genetic and hormonal changes and how gratitude can improve health. Our hormones are designed to react to our brain’s perception of our environment which enables genes to be turned on or off based on something as simple as our thoughts.

If we perceive health and abundance, we’re literally telling our physiology to react accordingly. The biggest single shift you can make, is to step out of a belief system that tells you your hands are tied when it comes to aging, health, and disease.  So, how do we do this?

What untrue limiting beliefs are holding you back in your quest for health? Maybe you feel like you’ll never lose weight or you’ll never rid yourself of the symptoms of autoimmunity. Know that your beliefs are a choice and you can choose an alternative view.

Now that you understand what they are, it’s time to kick them out of your life for good. No more rationalizations or excuses. You can lose weight, heal yourself, and create good habits. Every time you feel a negative belief creep in, gently remind yourself it isn’t true.

Once you’ve created space by removing the negative, it’s time to replace old beliefs with positive ones. Create affirmations that remind you what you’re capable of. Statements such as: “I live a life of vibrant health” or “I fuel myself with nutrients that allow me to thrive”. Tell yourself over and over again that you are capable of make lasting change.

This is an ever-evolving process that doesn’t stay stagnant. As you move through your journey, stay open to the possibility of new and more effective beliefs to take hold. Something that once served you, may not serve you anymore. Don’t hesitant to start back at step one when necessary!