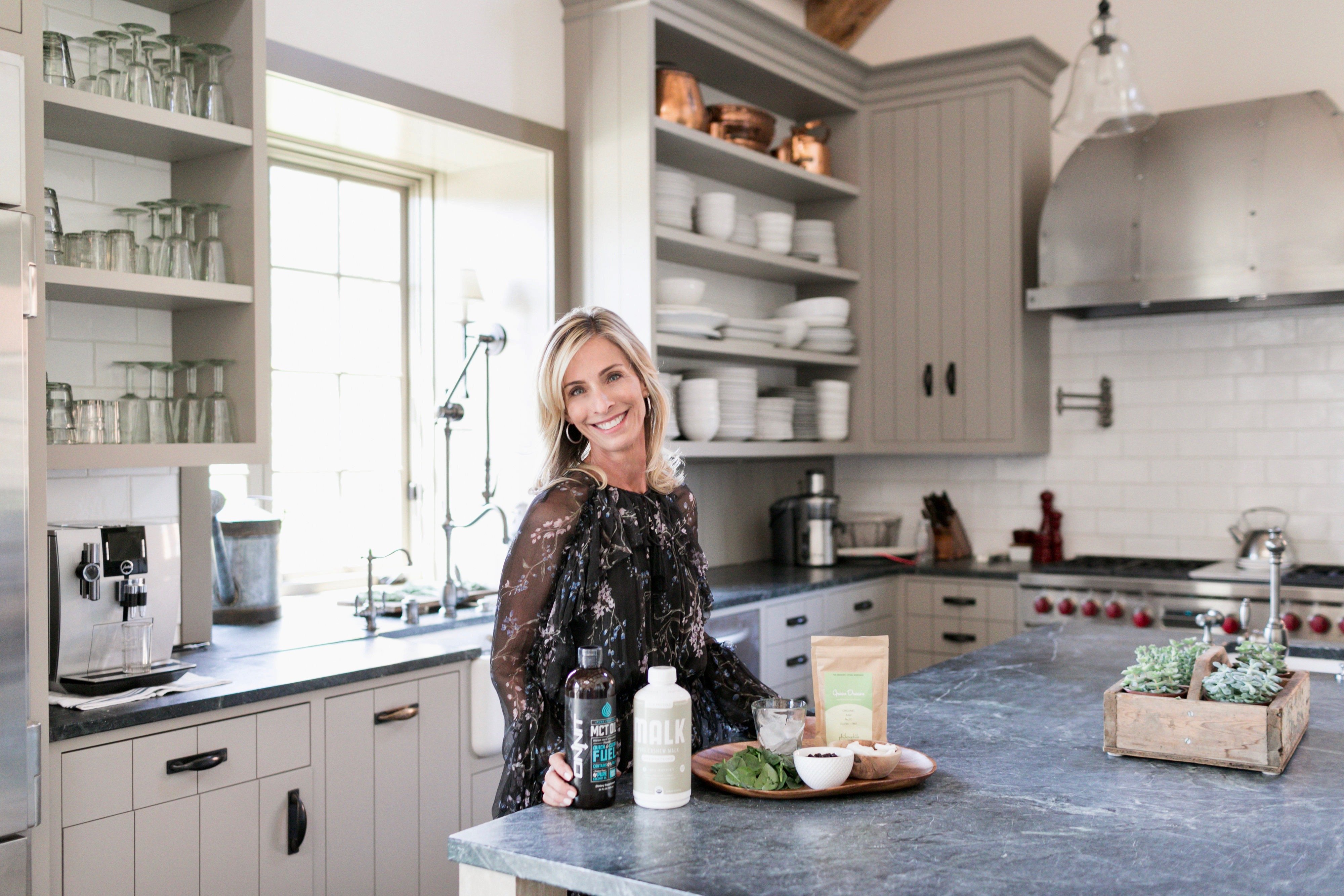 For nearly 21 years I had been taking medication for Hashimoto’s, an autoimmune disorder that affects the thyroid gland. Throughout the last seven years, I’ve been seeing clients with complaints of depression, anxiety and infertility – all symptoms of the thyroid issues that I had been dealing with for years. They wanted to heal themselves naturally, but I was hard-pressed to give them advice, because I was still figuring out how to do the same thing.

It was then that my mission became to finally get to the root cause of my autoimmune disease and commit to healing.

I took a risk, I went off my medication (I don’t recommend that you do this without having a plan in place or consulting your doctor) and I turned to holistic and natural methods to heal my body–and it paid off! I’ve never felt better than I do today! My healing journey, of course, did not come without challenges; it was a lot of trial and error, determination and perseverance. But the commitment was well worth it.

I hope by sharing my story, you will see that it is possible to heal. Whether you, like me, have been diagnosed with an autoimmune disorder or are fighting another health battle, there’s no reason why you shouldn’t feel like your healthiest and best self.

What is an autoimmune disease?

An autoimmune disease occurs when your body starts to attack internal cells, in the case of Hashimoto’s it attacks the cells in the thyroid gland. Often, as Hashimoto’s progresses, it leads to a drop in thyroid hormone production, also known as hypothyroidism.

Rates of autoimmune disease are quickly increasing, with the National Institutes of Health estimating that around 23 million Americans are affected by autoimmune disease, Hashimoto’s being one of the most common.

When I was diagnosed with cancer, the doctors knew something was wrong. I had found a lump, a sign that my body was not operating as it should be. With my Hashimoto’s, however, it wasn’t as clear. The thyroid has an effect on so many different organs and parts of the body, so, when there’s an issue it can be hard to pinpoint.

I had anxiety, the kind that keeps you up at night with a pounding heart. I was depressed, so doctors put me on mood stabilizers. I was suffering from fertility issues– I had three miscarriages all within a short period of time. I was fatigued, my brain was in a constant fog, I was gaining weight, and I knew something had to be wrong. Most doctors that I went to saw each issue as an individual problem, and would treat them as such. I knew they all had to be connected, but wasn’t sure in what way. So I kept seeing doctors and getting different treatments, until one finally tested my thyroid and I got my diagnosis.

I took medication to treat the condition for nearly 21 years, but two years ago was when I finally made the decision to take myself off of it. As I said, my clients were a huge motivating factor for me. But also, I had a gut feeling that I could do it. After all, I had survived cancer and healed my body from the effects of the aggressive treatments.

This disease not only taught me to heal, but it also taught me to use my voice. There were times before my diagnosis when I was lead to believe it was all in my head, that all the issues were separate problems that could be fixed with medication. But somewhere deep inside me, I knew there was a bigger issue, so I kept searching and doing research, going to different doctors until I found out what it was.

How my healing process began….

It’s important to realize that in the journey to health it’s okay to say no and it’s okay to say yes. It’s all about doing best for you and listening to your body–after all, you know it better than anyone else.My struggle with Hashimoto’s has made me realize that I truly deserve to be healthy, and there should be nothing standing in my way. I hope you feel the same way too.

Throughout the course of the next month, I will be sharing the next steps on my healing journey and what worked for me.

Read more about my journey to heal, including a pivotal moment when I consulted with the Medical Medium, here.