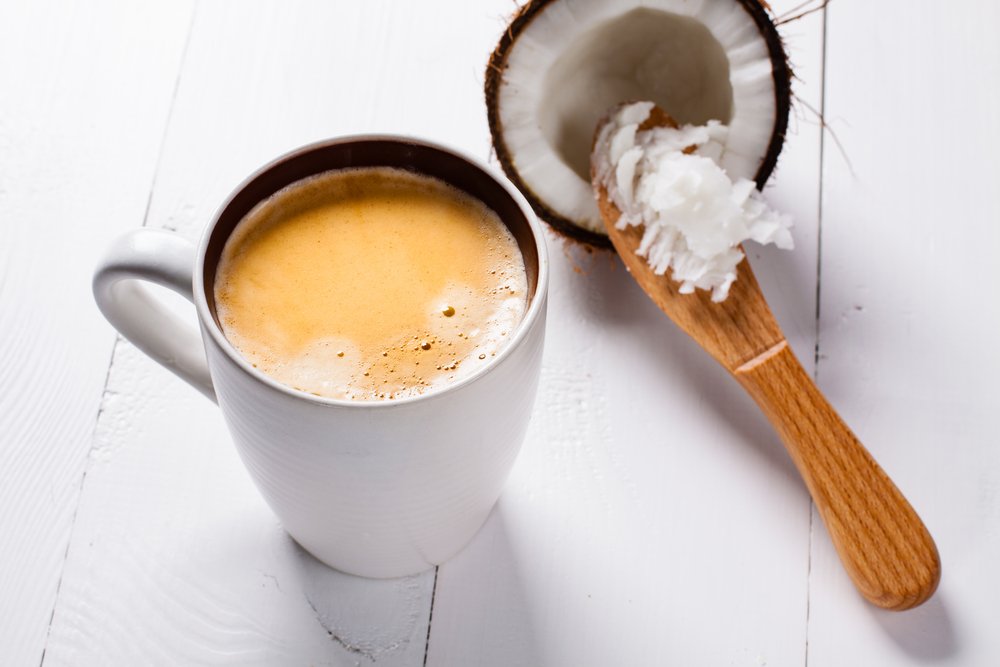 We have this idea that breakfast is the most important meal of the day. While that’s not wrong, I feel like our picture of what that means is skewed. Yes, breakfast is important but does that mean it has to be a massive hearty meal? I personally don’t think so. In fact, my breakfast is nutrient dense, calorie effective but far from what anyone would consider “hearty”. It typically consists of a green juice and my version of a “bulletproof” (Meaning I add fats like coconut oil or MCT) matcha or coffee. I used to feel unsure about this, was I a “bad” nutritionist for not eating a meal chock full of protein and carbs because that’s what breakfast was “supposed” to look like. In hindsight, it was silly because this is what works for my body– and it works really freaking well!

I love my breakfast. It’s simple, convenient and keeps me sharp, satiated, and kicking butt day after day. That’s why when I heard about the ketogenic diet, I could instantly relate. I’d been practicing some form of this for years and it helped to explain some of the benefits of my go-to breakfast.

What is a ketogenic diet?

The Ketogenic diet seem to be all the rage these days. It’s a diet so low in carbohydrates that you switch into using fat instead of sugars for energy– know as a state of “ketosis”. Ketosis refers to the release of ketone bodies into the system as a by-product of the fat burning cycle. Many ketogenic dieters will actually measure ketones in their urine to ensure they’re in active ketosis. The diet involves a high fat ratio of 75% fat to 20% proteins and only 5% carbohydrates.  Clinically, it was developed as a dietary treatment protocol for children with Epilepsy, but it’s recently taken the diet world by storm. It’s implemented for everything from weight loss to enhanced mental function.

Physiologically, ketosis mimics a fasting state. Sugar is your systems first choice in fuel. Fat is its second choice and it will only burn fat for fuel when sugar is no longer an option. This would have been a common occurrence, and likely a survival mechanism, for our ancestors. These days however, we’re virtually never short on sugar and you have to go far out of your way to avoid it. We live in a world where sugary foods of every kind are at our fingertips. Unless you’ve fasted for spiritual reasons or a cleanse, it’s likely your body has never been in ketosis before. There’s a lot of hype with ketogenic diets and for good reason. There are quite a few benefits.

People tend to lose fat quickly once they switch to a ketogenic diet. Again, you’re mimicking starvation mode so your body begins to burn its own body fat for fuel. Keep in mind, ketosis is not a calorie restrictive diet. In fact, restricting calories on ketosis can actually lead to the breakdown of muscle instead- not ideal. Make sure you’re getting adequate calories for your size. You shouldn’t feel at all deprived.

As you switch into fat burning mode, you give your sugar metabolism a break. This means insulin is no longer present in the bloodstream to help metabolize sugars. The less insulin you use, the more sensitive your body becomes to it. Insulin resistance is one of the main indicators of metabolic syndrome and prediabetes. Re-sensitizing your system to insulin can reduce your risk.

Contrary to popular belief, your brain can run on fat not just sugars. In fact, fasting has been shown to increase mental abilities. There has been some evidence that diseases such as Alzheimer’s may be a case of diabetes of the brain. What that means is the brain’s metabolic sugar pathway is bogged down and unable to fuel mental function. By switching to fat-burning through ketogenic diets, you literally alter the fuel pathway and give the brain a different pathway to run on.

There is evidence suggesting that most cancers feed off of glucose. By starving your system of glucose and running on fats instead, you may be effectively starving cancer cells. Even just a day or two on a ketogenic fast could potentially mitigate the threat of cancerous cells.

Should I try it?

I’m always skeptical of fad diets and, while I’ve seen benefits of a ketogenic diet, I always proceed with caution. Just because something works, doesn’t mean you have to take it to the nth degree. Personally, a cyclical ketogenic-type diet really works for me and I’ve found it to be super healing. This means alternating your diet between fat and sugar burning mode by selectively cycling your carb intake. For me, this usually means starting my day with a high fat, moderate protein intake, zero carbs. As I move into the evening I’ll likely have carbs with my dinner in the form of legumes, squash or veggies.

There is a tremendous amount of value in ensuring your body can alternate function in BOTH fat and sugar burning states. There is more and more research piling up about the implications of sugar in everything from cancer to Alzheimer’s. Giving our bodies a break from processing sugars (even the healthy ones!) is likely a smart move. It’s clear that fasting is an important part of our physiology and ketogenic diets offer a way to fast while still getting adequate micronutrients (vitamins, minerals, antioxidants etc). Always make sure you’re getting nutrient dense foods no matter what your macronutrient ratios are.

Keep in mind, this diet is not for everyone. Always consult with your doctor before making a major lifestyle change. Some people do experience flu-like symptoms when initially attempting ketosis. This is typically a temporary effect as your body re-learns how to burn fat. Take it slow and remember, to listen to your body. Just because something works great for others, doesn’t mean it will be the best fit for you.