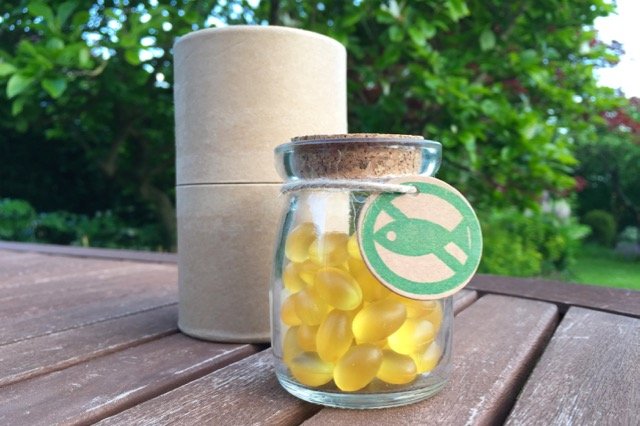 I get asked all the time about my fish intake and whether or not I supplement with fish oil. I still love eating high quality fish, but I don’t feel too confident supplementing with fish oil supplements these days.

In a perfect world, fish is the perfect food. Its micro and macro nutrient balance, inflammation reducing and neuroprotective qualities make it one of nature’s most ideal foods.

One of the main health benefits of fish are omega-3’s. Two specific forms of omega-3: EPA and DHA, found almost exclusively in fish, are likely responsible for its superior health benefits. They’ve been found to drastically decrease inflammation, increase HDL cholesterol (the “good” kind that scavenges excess cholesterol in the blood), and help maintain brain function. In fact, up to fifty percent of fatty acids in the brain are made up of DHA.

The form of omega-3’s found in fish are slightly different than plant based omega-3’s you’d find in flax or other seed oils. The omega 3-s found from plant sources contain ALA’s which you can kind of think of as the precursor to EPA and DHA. They can be converted to the latter but it’s not the most efficient process and much gets lost in translation.

All of these factors have been responsible for the major boom in fish oil supplements to hit the market. With age-associated cognitive decline on the rise, I know a lot of people who’ve turned to fish oil in attempts to lower their risk. I’d dare to say fish oil has been the number one most popular super supplement to hit the shelves in the past ten years. It’s one of a handful of supplements readily accepted in both mainstream and alternative medicine circles.

As you’ve most likely heard, certain fish can problematic for a few reasons. First off, it can put you at risk of consuming higher levels of heavy metals such as mercury. Mercury is involved in everything from brain degeneration to feuling hidden infections in the body- no thank you. Plus, it easily bioaccumulates and can be very difficult to detox. Additionally, the massive amounts of fish we consume are starting to have drastic negative effects on the ocean’s ecosystem. If we continue eating fish at the same rate, our oceans are going to be pretty desolate in the coming decades.

Thinking about all of this can quickly bum a person out. For one, it’s a little frustrating that we’ve so quickly corrupted this awesome nutrient dense food source.

Second, the nutrients we get from fish are such a vital part of maintaining balanced health. So how do we solve this conundrum?? Do we have to sacrifice our health for the sake of the environment? It’s looking like maybe we don’t have to. What’s the answer? It could be algae.

It turns out you can get the omega-3 fatty acids, EPA and DHA, from the same place that fish get theirs — algae. Because algae is lower on the food chain than fish, omega-3’s from algal oils are naturally less contaminated than oils from fish (although many fish oil supplements are purified to remove contaminants). By consuming algae based products, you’re essentially cutting out the middle man. This is also a great option for those who chose vegan or vegetarian diets to help keep environmental impact in check. The harvesting of algae has much less of a negative impact on our oceans than fishing

Another advantage of algal oil over fish oil is that the EPA and DHA are in the triglyceride form — which may be somewhat better absorbed than the ethyl ester form found in many fish oil supplements.

**Be sure to look for such supplements that specifically note that the algae oil is extracted without the use of hexane. Also, if you are a true vegan, make sure the supplement also uses vegetable capsules (sometimes called v-caps, or vegetarian capsules) to be sure you’re not swallowing up any other animal byproducts like gelatin.