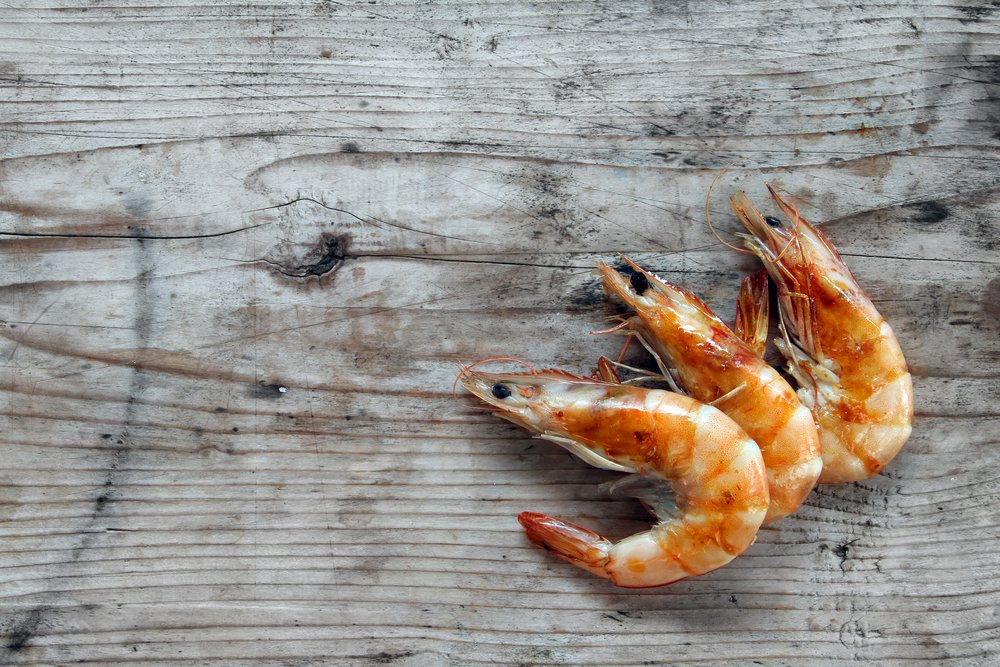 What you put on your plate goes deeper than just the health of your own body. What you eat makes a statement. It reflects what you care about and what you find valuable. If you feed yourself junk, you’re showing your body you’re indifferent to those consequences. My audience knows this, that’s why you’re here! Most of you have learned how to cultivate awareness surrounding your food choices and how they affect you. But, how often do you consider how your food choices affect the health of others? How often do you consider the ways in which your food choices affect the environment?

I tend to believe that, in most cases, when you’re making the right decision for your body, you’re simultaneously supporting a food supply chain that betters the world. As you assess food choices it’s important to pay attention to the process not just the product. So many foods that were once healthy are no longer safe because of how we’ve treated the ecosystems they come from.

Shrimp is a food that perfectly demonstrates this scenario. The problem is two fold. Not only have shrimp become a generally bad choice for personal health, they’ve become a bad choice for environmental well-being.

It’s really difficult to tell where shrimp are from

One of my number one food “morals” is know your source. Knowing where your food comes from is vital to ensuring it was produced to the highest standards. 90 percent of shrimp is imported and it can be tough to know exactly where your shrimp is coming from. Most shrimp is “re-proccessed” (aka preservatives are added…NOT good) in the US which allows companies to re-label its origin. Restaurants aren’t required to label seafood either making it difficult to tell where it came from.

Farmed shrimp are contaminated with toxins

Because shrimp are farmed in such massive numbers, farmers use pesticides, antibiotics, and other harmful chemicals to maintain populations. Poisons are used to kill fish and mollusks and are directly absorbed by the shrimp. Organophosphates, antifungals, PCBs are just a few toxic substances found in shrimp that cause everything from cancer to respiratory problems and hormone disruption. They also require preservatives that have been found to be xenoestrogens, which are known endocrine disruptors and are implicated in cancer.

It’s estimated that 30-40% of shrimp is misrepresented as something it’s not. Shrimp labeled as “wild” is often just farmed shrimp with a different label adding another layer of mystery about what exactly you’re getting.

Shrimp farming is destructive to the earth

Shrimp farming is slowly killing its ecosystem. A shrimp farm is so toxic that it can only survive so many years before it needs to be moved, leaving wastelands in its tracks. It contaminates soils and water with chemicals and ruins coastal lowlands, causing fish populations to plummet.

Your shrimp may be harvested and processed by child and slave laborers. Some workers suffer inhumane working conditions for no pay. Literally locked in sheds, people are forced to peel shrimp for large farming operations. I’m a firm believer that your food carries the vibes all the way to your plate and this is NOT ok with me. Not all shrimp are harvested this way, but it is definitely something to be aware of when considering imported shrimp.

Shrimp could be a great food, it’s high in protein and minerals such as selenium. However, for me, the benefits come nowhere near the risks. If you just can’t go without your shrimp fix, be very particular. The smartest bet is to stay away from any farmed shrimp and stick to wild-caught, US origin shrimp. There are still wild caught sources of shrimp in the US, but quantities are limited.

Shrimp is just one example of a food whose health represents the health of the environment and the process it goes through. Understanding foods with this level of awareness helps you make choices that benefit both your health and the health of the environment. Navigating these decisions can be challenging at times but it’s also empowering. Not only can you make a difference for yourself but you can effect the world, even if it’s in a small way.