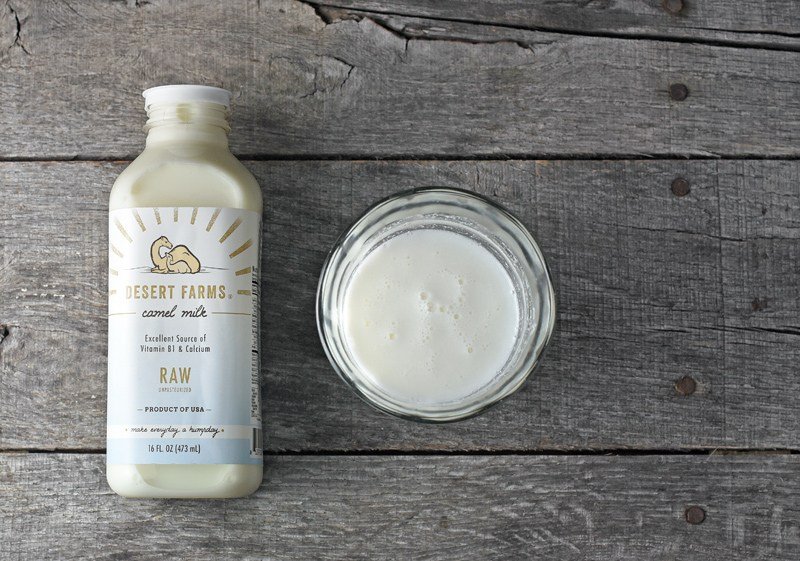 I used to think I was ahead of the times when it came to alternative milks. You name it, I’ve tried it: goat’s milk, almond milk, sunflower seed milk, flax milk, cashew milk, coconut milk, macadamia milk, rice milk, hemp milk, the list goes on! My clients ask me all the time which milk is best. I have always felt that there are benefits to lots of different types of milk alternatives and it’s really all about just finding the one you like.

A few weeks ago, a friend sent me an article about camel’s milk. The article talked about how people in the Middle East have been using camel’s milk to cure illness and disease. This didn’t sound like any ordinary milk! Now listen, I’m a big believer in using items found in nature as cures. And I believe that we can use food as medicine. But drinking the milk of a camel as a cure for illness and disease? I was skeptical.

I started doing some research and I could not believe all the articles that came up with inspiring camel’s milk stories. This milk is the closest thing we can by to a woman’s breast milk and it’s more easily digested than cow or goat’s milk.

Here are the on-paper benefits:

Here’s the bummer: camel’s milk is tough to find. I have found a few places in California that sell it, but it’s certainly not as accessible as other milks, you can find where to buy here and even order online. I have a feeling once people start to hear about all these benefits, the shelves will be filling up, so keep an eye out and let me know if you try it.

I don’t think I ever could’ve predicted promoting camel’s milk, but I have to say, those humps have won me over!