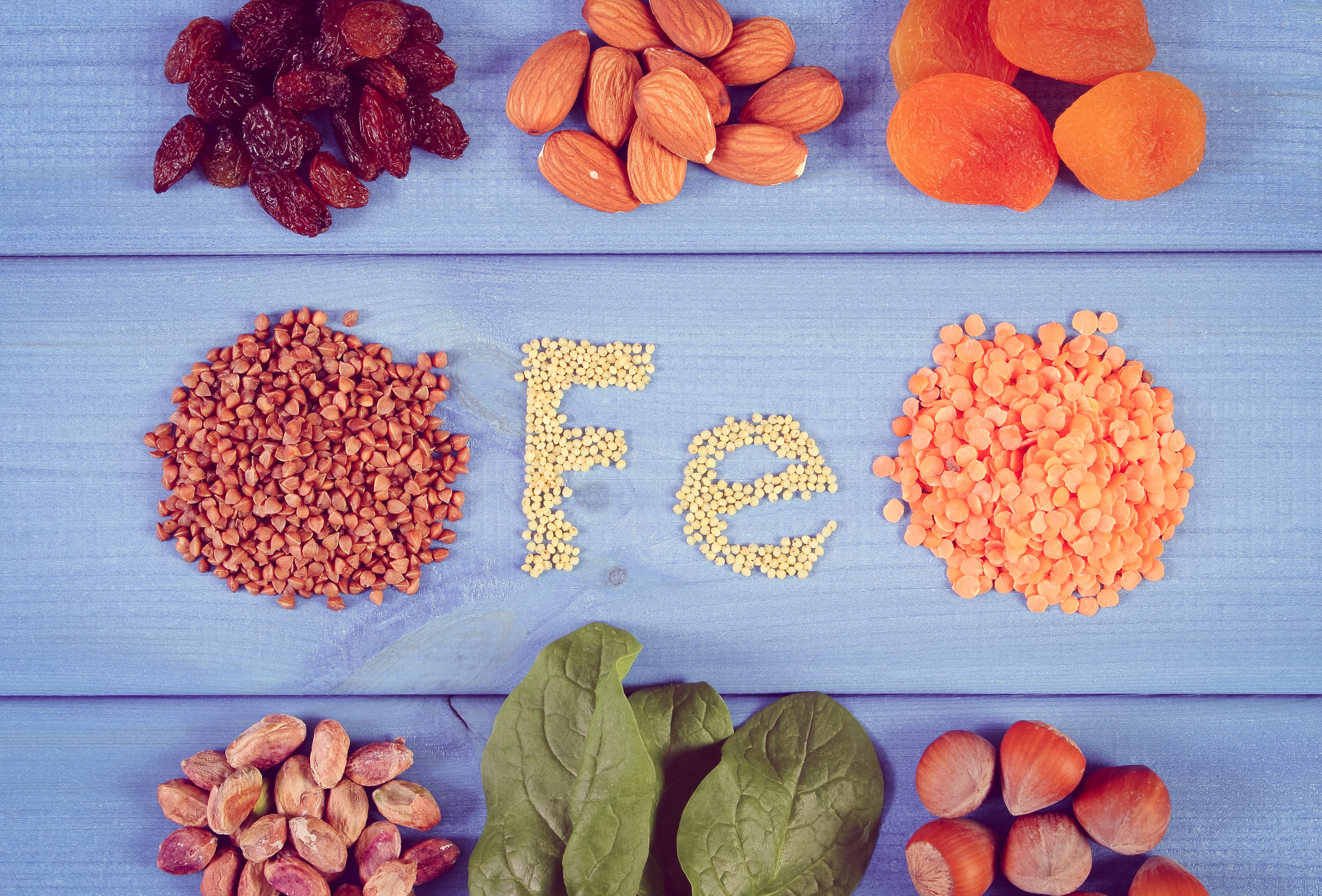 Breathing comes so naturally that we sometimes forget to consider oxygen as a vital nutrient. You can go months without food, days without water, but only minutes without oxygen. In Eastern Medicine, oxygen is sometimes considered to be the meaning of “qi” or life force. It’s the essence that quite literally breathes life into our system

In order to actually utilize oxygen, we depend on the mineral iron. Iron makes up hemoglobin, which is a protein in your blood that binds to oxygen, enabling it to be transported through the system where it’s needed for thousands of vital reactions. You can think of hemoglobin like a delivery service for your most vital nutrient. Without adequate iron, your organs, tissues and cells can become deficient of their life-force–not good. Because of this, I consider iron to be a crucial mineral nutrient. Without it, symptoms slowly persist over time and can lead to serious problems down the line.

Though I’m 80% vegan, iron is one of the big reasons I still keep quality sourced animal products in my diet.

Here are some reasons to pay attention to your iron levels:

Iron helps make hemoglobin which is responsible for carrying oxygen through the cells. Oxygen is vital for the metabolic process that creates energy in all human cells. Without enough iron, your body’s cells likely aren’t getting what they need to function fully. This can leave you feeling sluggish, constantly tired, and will eventually lead to anemia.

The brain is said to use about 20% of oxygen within our bodies. Without proper amounts of oxygen, the brain is unable to carry out its many complex processes. Poor concentration, memory loss, and learning problems can all result from too little oxygen reaching the brain.

Hemoglobin, made up of iron, is kind of like the ambulance of our system. When tissues, cells, or organs are damaged, it quickly arrives to stabilize the situation. Using oxygen, it secures the area, brings it back to balance, does what it can to eliminate possibility of infections. Not having enough iron forces your body to wait a lot longer to receive what it needs to heal.

Your muscles need adequate oxygen to properly fire and maintain contractions. Without oxygen, your muscles will literally stop working properly. If you’re experiencing muscle fatigue or feeling a sense of lacking coordination, low iron may be to blame.

Vital for uptake of nutrients

Iron also plays a key role in nutrient absorption and digestion by supporting good gut bacteria. The better your gut flora, the more likely you are to fully digest and convert food into nutrients and energy. These good bacteria feed on iron and release a metabolite called butyrate, which is anti-inflammatory, further healing the gut and enabling proper digestion.

Iron is a tricky supplement because while much of the population is too low, it can be easy to over do it with supplementation. Too much iron can cause problems. Most people who are too low in iron are women who are either menstruating or pregnant. Iron intake needs go up in both of these situations because of increased demand on the body’s blood supply. One study found that pregnant women whose prenatal supplement regimen included iron tended, to have babies with a healthier birth weight.

Vegans and vegetarians can also become dangerously iron deficient. There are two main types of dietary iron—heme and nonheme. Heme iron, which is easier to absorb, is found in animal products. The other form, nonheme iron, is found in plant sources and is a bit harder for your body to utilize. Despite the lower bioavailability of nonheme iron, plant-based foods actually seem to encourage more efficient processing of the iron you get. This is likely due to the high vitamin C content of plant foods which increases iron’s bioavailability.

Grass fed beef and duck are great sources of heme iron while beans, spinach, nuts, and molasses are great plant-based options. If you’re a practicing vegan/vegetarian, pregnant or menstruating, supplementing might be necessary. If you fall into one of these categories or feel that you’re low iron, I generally recommend getting levels tested before supplementing. As a basic guideline, women between the ages of 18-50 should get about 18 mg a day while males of the same age and women over 50 should shoot for 8 mg. Pregnant women should up it a bit to about 27 mg.  For vegans and vegetarians, you want to shoot for 1.8 times the RDA for iron due to the slower absorption rate of the nonheme form. I like Gaia Plantforce Liquid Supplement.

It’s important to know that some pathogens feed on iron, making them stronger. In order to combat this, the body has the ability to stall iron absorption. That’s right, your body will purposefully become bad at absorbing iron as a defense mechanism if it senses an underlying invasion of certain microbes.

If you aren’t menstruating, you’re not a vegan/vegetarian, or if you up dietary intake and still testing low in iron, be very careful with iron supplementation. Your body could be purposefully bypassing absorption to protect you.

Make sure your digestions is working smoothly and consider looking into underlying viral/bacterial infections that could be present before you jump right into supplementation.