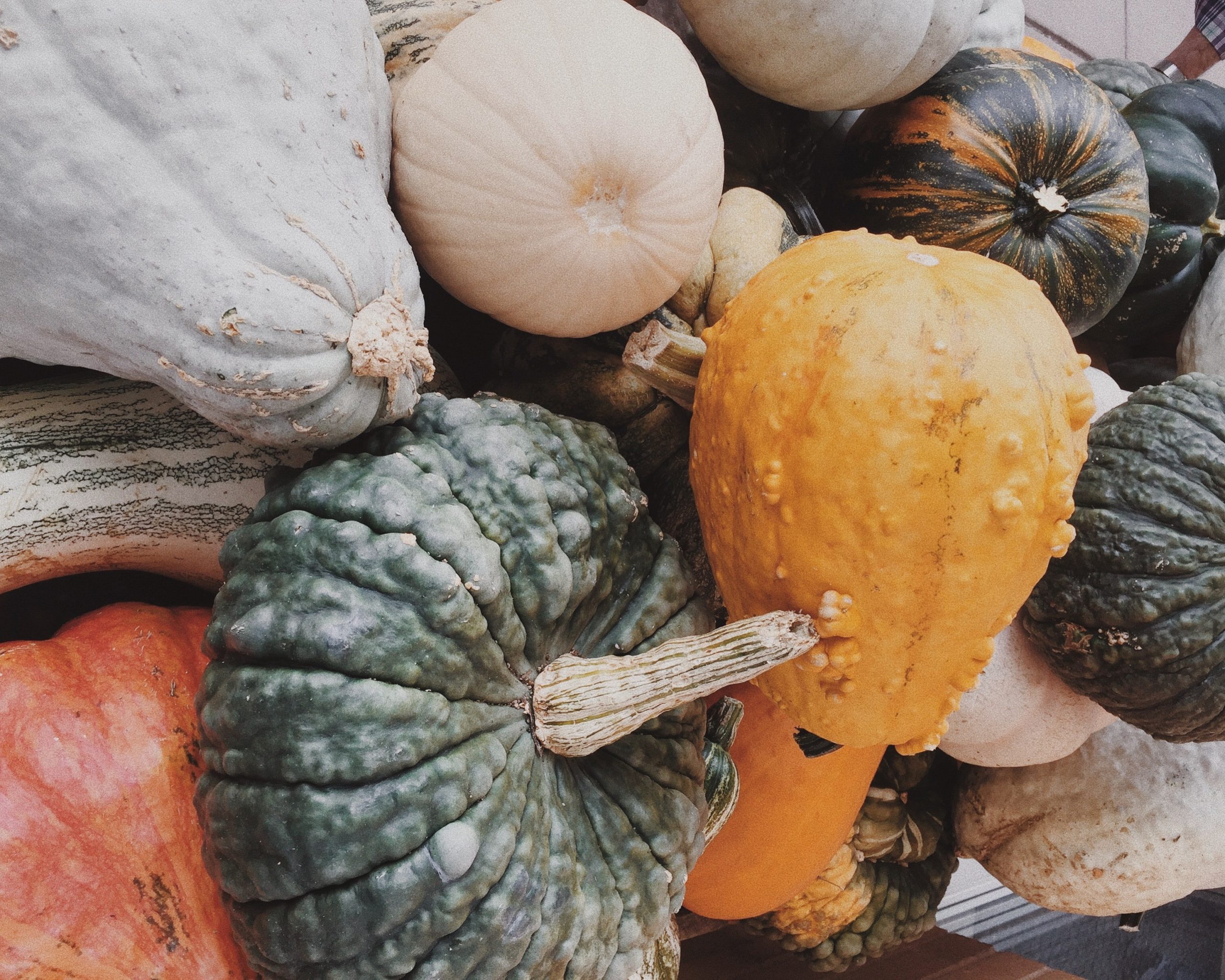 Have you ever noticed that butternut squash tends to taste better in the fall? Your taste buds aren’t deceiving you! The change of seasons makes certain produce that grows best during that season more flavorful because it’s fresher, riper, and juicier than its out-of-season counterpart. In-season produce not only tastes better, but it’s healthier for us, too. I’ve found that I feel better in my body and am more energized when I pay attention to what’s local and seasonally available at the grocery store.

Take fall, for example. There are so many delicious fruits and vegetables in-season during the autumn months. Try picking up apples, cranberries, grapes, pomegranates, beets, broccoli, Brussels sprouts, cabbage, turnips, sweet potatoes, and wild mushrooms on your next grocery run to see what I mean!

I prefer to eat with the seasons because fruits and vegetables taste fresh and I always feel better doing so. But why exactly is in-season produce better?

In-season produce is more nutritionally dense. When foods are grown out of season, they cannot follow their natural growing and ripening rhythms. This prevents them from reaching their full nutrient potential. Fresh seasonal produce contains more vitamins and antioxidants like vitamin C and folate. Make sure to choose fruits and vegetables that are vibrantly colored and plump for the most nutrient-dense options. I always tell my clients to choose the brightest green apples and the deepest-colored orange carrots for the most nutrients. The number of phytochemicals is also reduced if the produce is stored for too long before eating, so be mindful of that. To learn more about phytochemicals, read my blog on The Magic of Phytochemicals.

Fruits and vegetables that are in season are usually cheaper because there’s simply more of them on hand. For example, pomegranates are much more affordable (and easier to find) in the late fall and early winter because they’re abundant and readily available. Buying pomegranates out of season will be much more costly because there are fewer available and must be transported longer distances. A good rule of thumb is to see what produce the grocery store seems to have the most of and stock up on that. Right now, most grocery stores have piles of apples, cabbage, and bell peppers (and there’s often a special deal when you buy more than one)!

Out-of-season produce typically contains more toxins. For certain fruits and vegetables to be available year-round, post-harvest treatments are used. These can include chemicals and edible films. Additionally, many fruits and veggies are sourced from other countries, so there is a chance regulations may be less strict and more harmful pesticides may be used. For example, garlic from some other countries can be treated with methyl bromide and bleach to keep it fresh – both of which are toxic to consume. If you buy in-season, it’s probably locally sourced and treated with fewer chemicals.

In-season produce tastes best! That’s because it’s had the opportunity to grow and ripen to its full potential. Most produce you see at the grocery store is produced in enormous quantities for distribution all over the United States, and in some cases, across the globe. When you buy local fruits and veggies, they’re most likely grown by farmers who pick the produce when it’s ripe and juicy. Butternut squash is one of those perfectly ripe veggies available in the fall. Try whipping up my Butternut Squash Lasagna for a hearty and filling meal that’s in-season for fall!

Nourishes the Body in Real Time

Did you know that in-season produce contains the vitamins and minerals our body needs for each particular season? For example, winter citrus fruits contain high amounts of vitamin C, essential for boosting immunity and preventing sickness. Hydrating foods, like watermelon and cucumbers, are abundant in the summer, and leafy greens detox the body in the spring.

Better for the Environment

Many fruits and vegetables you see at the store come from all over the world, but that’s not great for the environment. Think of how far avocados and fresh berries need to travel by plane and truck to get to you in the middle of the winter when most states are too cold to grow them. That requires a significant amount of fuel and produces an enormous amount of CO2. It’s much more environmentally friendly to buy in-season produce because it’s typically local, thus requiring less transport. It also supports local farmers, which is another big plus.

Eating seasonally is so important to nourish our bodies and support the environment. Sign up for my S.O.U.P. Cleanse for an easy (and delicious) way to eat lots of in-season produce without having to do any of the hard work.