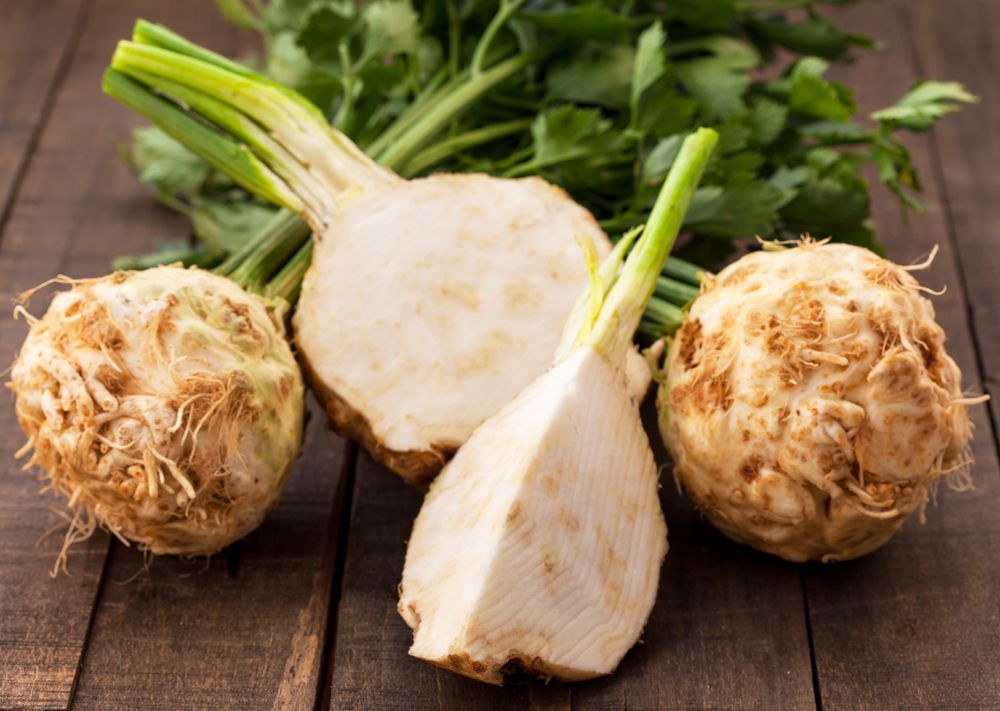 Sometimes the only way to tell the change of seasons in Southern California is on a stroll through the farmer’s market. What was once tables of bright red tomatoes slowly turn into hardy root vegetables of winter. Living in Los Angeles, we’re pretty spoiled when it comes to produce. During the winter months however, I know people find getting their dose of plants a little more challenging, regardless of where they live. One of the most common misconceptions is that it’s harder to get plant-based nutrients during the colder winter months! I find the opposite to be true! There are so many incredible options that I think we overlook. I’ve compiled a list of my all time favorite winter superfoods to keep things exciting and fuel you through the colder months.

Pomegranate has a long history as a healing food and is even referred to in the bible for its healing properties! High in polyphenols, they’ve been known to boost heart health, fight infection, and improve memory. During the winter months when much of the more vibrant fruits are dormant, pomegranate can easily make up for it. I’ll seed a pomegranate in the beginning of the week and keep them on hand for salads or even a quick snack. They’re a simple and powerful way to brighten up a winter meal.

Beets have gotten super popular lately but some other root veggies you may not have thought of are things like turnips and parsnips. Root veggies often aren’t credited with being super nutritious, and it’s true that they don’t contain massive amounts of a particular vitamin or mineral. These guys instead provide valuable fiber that improves digestion and feed our good gut bacteria. They can also contain trace minerals like manganese and copper that are neccesary in smaller amounts. Another awesome reason to include them on this list are their folate contents which can help build brain cells.

There’s really not many lists that avocados don’t deserve to be a part of. Winter is peak season for avocados which are arguably one of natures perfect foods. They provide healthy fat content of omega- 3’s and contain nutrients like riboflavin, niacin, folate, pantothenic acid, magnesium, and potassium. They’re also great sources of vitamins C, E, K and B6. Basically, an avocado a day is really what keeps the doctor away.

No this is not the root of a celery stalk! Don’t feel bad, I thought the same thing when I first heard about celery root. It’s actually an entirely different plant also known as celeriac. It kind of looks like a deformed root vegetable with celery stalks for greens. Don’t let it’s less than pretty appearance fool you, celery root is a powerhouse of nutrients! High in fiber, minerals like potassium and magnesium, and vitamins B, C and K celery root is a great addition to a winter diet. It has a distinct flavor and can be added in raw to salads or cooked to veggie dishes.

There is no better way to spice up a winter dish than with ginger. The health benefits ginger brings to the table are equally as favorable. Ginger has been used for centuries to improve digestion and calm upset stomach. It’s warming properties can also be really supportive during cold winter months.

I always forget that citrus is a winter fruit! Enjoying the bright and sunny nature of citrus often makes it feel like summer. You probably know that citrus is incredibly high in vitamin C making it an ideal in winter when cold season takes root. Citrus fruits are also high in minerals and phytochemicals giving them an extra edge when it comes to combating disease. I love adding grapefruit to a salad to brighten it up or pairing orange with a more savory dish.

Brussel sprouts are one of my favorite winter time staples, both for taste and nutrient density. They’re really high in vitamin K (over 250% daily recommended value!) and also significantly high in vitamin C. Additionally, they contain vitamin A, folate, manganese, potassium, and vitamin B6. Because of this awesome nutrient profile, they can be credited with a long list of benefits such as blood sugar balancing, digestive healing, bone strengthening, and inflammation reducing.

Fennel is one of those plants that borders somewhere between a veggie and an herb. It’s licorice like taste makes it a great addition in more subtle amounts. Fennel has a really great mineral profile including potassium, manganese, calcium, iron, magnesium, phosphorus, and copper. Fennel is commonly used in traditional medicines as a digestive aid and can help improve things like heartburn and IBS. Fennel is also high in fiber which enables it to satiate more effectively.

During the winter months, it can be a bit more of a challenge to get bright colors onto your plate. For this reason, I love red cabbage during the winter months. Whether in the form of sauerkraut or in salads, I just love the bright color it brings to my plate. For good reason, we tend to be drawn to bright colored foods because of the phytonutrients they contain. These phytonutrients fight inflammation which is the generalized disease state of the body responsible for everything from heart disease to arthritis. Similar to other bright foods, the phytonutrients that give cabbage its color help repair DNA and fight off cancer cells.  High in vitamin K, cabbage can also help support our bone density.

I’ve recently really fallen in love with persimmons. I find them to be a really great tomato substitute in salads during the winter months! They also pack a serious punch when it comes to nutrition! They’re rich in vitamin A, C, E and B6 as well as other carotenoids and phytochemicals with disease fighting potency. They aid in digestion, reduce cancer risk, boost immunity, lower blood pressure and improve eye health.

There’s something empowering and grounding about eating foods that are in tune with the season. I hope you’ll experiment with some of these foods and let me know what you think!