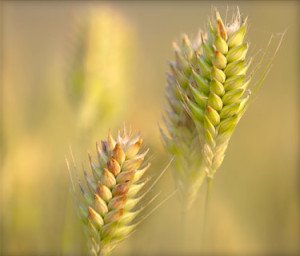 I went gluten free because of my Hashimotos and I noticed a difference within the first week.  Every client that comes to see me and commits, truly benefits from going gluten free.  Once they get over the initial withdrawal, they see and feel such a difference in such a short amount of time that it’s life changing for them.

There is so much controversy over the gluten free label, but for me, the proof is in the gluten free bread puddin’. My clients feel better, lose weight, suffer from less digestive issues, and see energy improve through gluten elimination.  This repost from Organic Burst provides an in depth explanation for why you too could benefit from giving up wheat!

Hear from cardiologist, expert and author Dr. William Davis about how giving up wheat can turn your life around:

Dr. Davis is an inspiration to thousands of people around the world, having discussed his findings across major TV channels and print media.

We are excited to share his arguments, ideas and advice here on OB Life!

OB: What is the problem with wheat and how does it give us a belly?

Dr. William Davis: Wheat is the perfect obesogen: a food that makes you fat. There are several reasons for this effect:

There is a protein in wheat called gliadin that, upon partial digestion, yields small pieces (peptides) that bind to the opiate receptors of the human brain, just like morphine and other opiates.

But the opiates that derive from wheat gliadin don’t make us “high”—they exert other mind effects, but especially hunger and addictive relationships with food.

This is why, when people reject all wheat from their diet, they first experience a rather unpleasant opiate withdrawal syndrome (nausea, headache, fatigue, low mood) that lasts around a week, then followed by a wonderful freedom from hunger.

After the initial withdrawal process is over, a common comment from people following the Wheat Belly lifestyle is “I no longer obsess about food. In fact, I forget to eat.”

There are also components in wheat that block the action of the hormone leptin, the hormone produced by the liver in response to a full stomach (it tells you you’re full).

When you consume something made from wheat, this satiety signal is turned off, even after you have consumed all you need for sustenance.

Combine all three of these effects and you have the perfect formula for weight gain.

Understand this and you are freed from the weight gain and appetite-stimulating effects of wheat. It is also important to understand that wheat is the seed of a grass, and grasses are genetically promiscuous, meaning that the seeds of other grasses—“grains”—overlap substantially.

To enjoy the full power of this lifestyle, we therefore eliminate wheat and all other related seeds of grasses: we eliminate all grains.

OB: How would you convince someone who loves bread to give up grains?

WD: Make it clear that they are addicted to the opiates that derive from the gliadin protein of wheat. As long as they consume it, they are not in control over appetite or impulse.

And, because wheat is added to virtually all processed foods, they allow their eating and food purchasing behavior to be manipulated by food manufacturers: they are being victimized for the sake of profit.

Make this clear and many people begin to understand and feel empowered to make the leap.

In the Wheat Belly lifestyle, we never limit calories, portions sizes, or offer advice such as to push the plate away.

OB: Do you recommend avoiding wheat for any specific health conditions?

WD: Make no mistake about it: everyone benefits by not eating wheat and closely related grains such as rye, barley, oats, and corn.

Many people make the mistake of viewing wheat and grains as being about nothing but celiac disease, believing they are healthy foods for everyone else.

Nothing could be farther from the truth.

For every 1 out of 100 people with celiac disease, there are 99 more people with other health problems from wheat and grains—though they may not perceive their problems as being due to this ubiquitous collection of “foods.”

There are some very common conditions that reverse with elimination of wheat and grains, including:

Metabolic distortions, such as those listed below also improve or revert all the way back to normal with wheat and grain elimination:

OB: Can you explain the link between autoimmune conditions and grains?

WD: When the gliadin protein of wheat (and rye and barley, as well as the zein protein of corn) remains undigested (since humans are incapable of digesting many of the components of grasses, including the seeds), it causes increased intestinal permeability, the first step in the misguided immune response of autoimmunity, in which the body’s immune system attacks one or more organs.

This groundbreaking research is largely the work of Dr. Alessio Fasano while at the University of Maryland (he is now at Harvard). He and his team have charted the complex path by which intestinal permeability is increased, allowing foreign molecules from bacteria and food to enter the body.

Wheat Causes The Body To Attack Its Own Cells

But it gets worse: the gliadin protein of wheat also overlaps in structure with several human proteins. The immune response waged against gliadin thereby also causes an immune attack against human body organs.

There also appears to be a correlation between the changes engineered into the gliadin protein by agribusiness and a surge in autoimmune diseases worldwide. This increase in rheumatoid arthritis, lupus, multiple sclerosis, and 200 other autoimmune conditions is therefore largely man-made.

OB: Conventional thinking says that cutting out grains could cause nutritional deficiencies, but in Wheat Belly Total Health, you tell us the opposite is true?

WD: Think about it: wheat and grain-based products are among the very few fortified foods, i.e., have multiple nutrients added. This is because grains contain compounds called phytates or phytic acid that are potent blockers of the absorption of minerals, especially iron, zinc, magnesium, and calcium.

The phytate content, for example, of two slices of whole grain bread reduce iron absorption by 90%. This explains why wheat consumption is the second most common cause for iron deficiency anemia in the world, a condition that affects 2 billion people.

This is not speculation, but an enormous public health problem that the World Health Organization understands it must deal with whenever wheat or other grains are shipped in to solve a regional hunger problem.

They must deal with the impairment of mineral absorption, especially iron deficiency, when wheat and grains are consumed as a substantial part of diet.

There are other deficiencies that develop with wheat and grain consumption, especially vitamin B12. This is because of the common inflammatory and autoimmune damage to the cells (parietal cells in the stomach) that produce the proteins that allow B12 absorption.

For these reasons, when people eliminate wheat and grains, they witness levels of iron, zinc, magnesium, calcium, and vitamin B12 that go up, not down. Many people with iron deficiency anemia, for instance, can reverse the condition by saying goodbye to all wheat and closely related grains.

It’s also important to point out that we do not replace wheat and grains with jelly beans and soda pop. We replace them with nuts, seeds, meats, coconut oil, olives, olive oil and other healthy foods.

By doing so, not only are we now able to absorb nutrients more effectively, we obtain the full range of vitamins, minerals, and other nutrients in truly healthy quantities.

WD: No, they are generally awful for health.

The zein protein residues in cornstarch can also activate autoimmune conditions, explaining why many people with celiac disease don’t enjoy a full return to health despite being “gluten-free.”

In the Wheat Belly lifestyle, we therefore go farther than being gluten-free: we are grain-free and avoid the gluten-free processed foods made with what I call “junk carbohydrates.”

OB: What is the most surprising benefit/effect of cutting out grains from the diet that you have come across?

WD: There is a long list of conditions that people simply do not connect with wheat and grain consumption that reverse with their removal.

This is not to say that all cases of depression or achalasia are relieved with wheat and grain elimination, but many are.

It is important to point out that there is no real downside of beginning a wheat- and grain-free lifestyle beyond modest inconvenience. Because there is an excellent possibility that you lose weight and reverse one or more health conditions, there is essentially nothing to lose in giving this lifestyle a trial.

OB: Do you have 3 easy tips for giving up grains?

1) Eat no wheat or grains, including those added to processed foods such as frozen dinners, seasoning mixes, soups, licorice.
2) Eat real, single-ingredient foods that you can be confident have no grains—eggs, meats, fish, avocados, nuts, seeds, vegetables, fruit.
3) Manage carbohydrates—this means not allowing unhealthy excessively carbohydrate-rich foods like candy or ice cream to dominate.

That last item—manage carbohydrates—is necessary because sugar, high-fructose corn syrup, and other unhealthy carb sources have proliferated in modern foods, and because so many modern people are diabetic, pre-diabetic, or need to lose a lot of weight.

It is also a reminder to not replace wheat and grains with gluten-free products made with those junk carb ingredients. Managing carbohydrates properly (the strategies to do so are discussed in detail in Wheat Belly Total Health) will compound the benefits begun by wheat/grain elimination.

This simple 3-step process holds the power to turn lives around, relieve people of literally hundreds of health conditions from common to rare, and set you back on the path to weight loss with none of the agony that typically accompany weight loss programs.