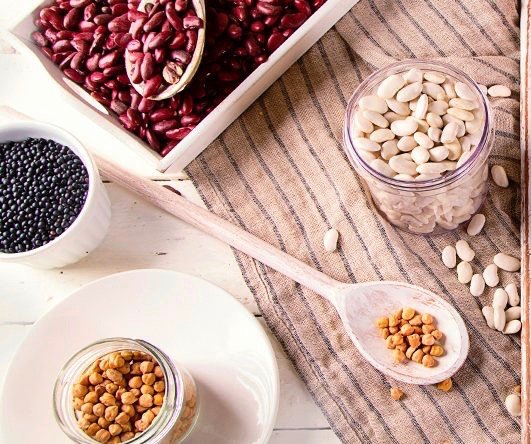 Okay, first of all, what even are lectins? Depending on which health blogs or nutrition publications you have read, the word either has a positive or negative connation and both understandings are technically correct. Lectins are proteins found in many of the foods that we eat and are especially high in seeds, grains and beans. The reason why some people snub lectins is because some of them may be harmful. Some lectins may have the potential to damage intestinal lining, which can lead to unpleasant consequences like nausea, vomiting and diarrhea. It is also true that people with digestive disorders like Chrohn’s Disease and Irritable Bowel Syndrome may be more likely to experience the damaging effects of lectins.

But let’s not get ahead of ourselves here. Proper cooking eliminates the dangerous lectins almost entirely. Not only that, but there is also a lot of scientific research that shows that there are actually a great deal of health benefits that come from lectins, such as the slowing of cancer cell growth, improvement of gut health and slowing of tumor growth. Some research shows that lectins also have positive effects in immune regulation since they have antimicrobial properties. In fact, lectins have been known to be effective in protecting against various types of bacteria, including the strain that causes staph infections. That is why it does not make much sense for fad diets to claim that lectins are completely unhealthy. Another problem with trend diets encouraging people to avoid lectins is that they are found in most healthy plant foods. Plant foods are high in fiber, which we need to keep us healthy, so limiting plant foods due to an unlectins can also prevent us from getting enough fiber.

As I mentioned earlier, one really important plant food group that contains lectins is beans. Some trend diets are now urging people to cut beans out of their diet, which is a great disservice to their bodies since beans are packed with nutrients. In fact, beans contain a nearly perfect nutrient profile. They contain essential vitamins and minerals like copper, folate, iron, magnesium, potassium, and zinc. They are also chalk full of fiber and protein. Beans have about 15 grams of protein per cup, so they are one of the top sources of protein for most people – especially those who avoid eating meat. One study found that eating beans just four times per week can reduce heart disease risk by 22 percent! Plus, they are extremely affordable, often costing just pennies per serving.

Beans got another ding to their reputation back in 2006 when a fad diet in Japan asked participants to sprinkle their food with dried bean flakes – that were not cooked. As a result, over 100 people were hospitalized. But if the beans had been cooked properly, the event could have been avoided entirely and there would not be as many negative feelings towards beans today. Another reason why some people knock beans is because they claim that beans contain phytates, which bind to minerals and, thus, limit their absorption. But what those same people may be confused about is that beans also contain a great deal of those minerals. Phytates are only harmful in regards to absorption of minerals when we are talking about foods like whole grains that are high in phytates but lower in those minerals. But, if you want to be extra safe, you can add in some garlic or onions to your bean dishes since they are both extremely helpful for absorption of minerals. Plus, believe it or not, phytates actually have some health benefits, including prevention of osteoporosis!

Basically, unless you have a severe disorder such as Crohn’s disease, there is no reason why you should avoid high lectin plant foods like beans. In fact, doing so would deprive you of all of the important nutrients that those foods have to offer. Also, there are many ways to reduce the lectin content of your beans and legumes. Cooking is the method I have already mentioned, but you can also sprout, soak and ferment foods to reduce their lectin content to promote better health. Know how long all of your beans need to be cooked for since the optimal cook time varies by bean type. For example, kidney beans take the longest to cook and should be boiled for a full hour, whereas other smaller beans can take as little as 20 to 30 minutes.

Another recommendation for consuming high-lectin foods is to slowly transition them into your diet over time if you are not currently eating them. Beginning to eat significant amounts of beans and legumes when your body is not accustomed to them can cause digestive discomfort. You can also cook beans and legumes with kombu seaweed since that contains enzymes that help to break down gas-causing compounds. I just snap off a one-inch (ish) piece of kombu per serving of beans and let it cook with them in the pot, of course removing it when the cooking process is over. As long as you follow these simple steps for preparing your beans, you have no reason to fear lectins or the other various bean myths you have heard of in the past!