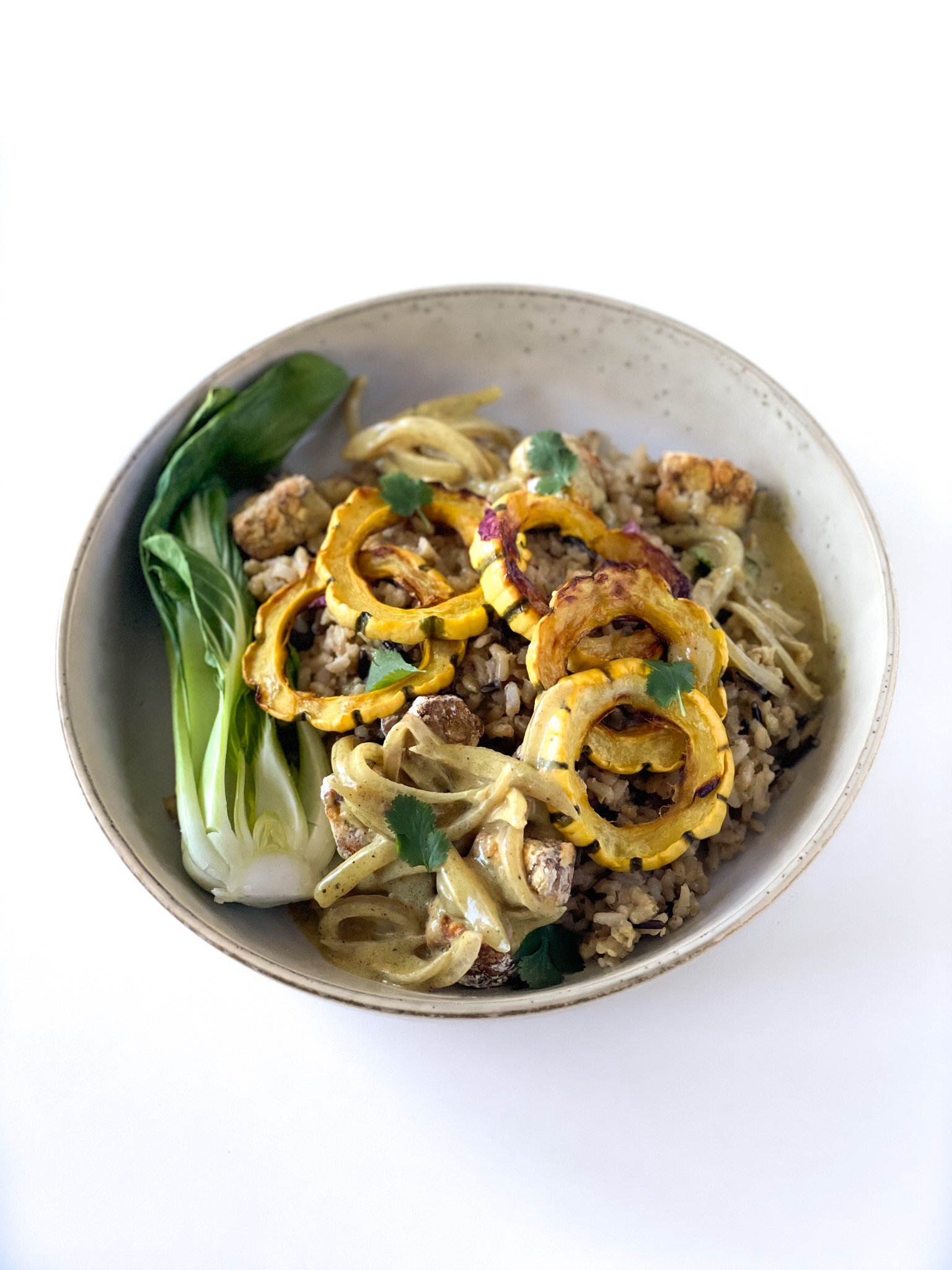 One of my new favorite winter dishes is this Roasted Delicata Squash & Tempeh Curry! Delicata squash is a great source of potassium and dietary fiber and contains magnesium, manganese, and vitamins C and B. Plus the bok choy adds a lot of folate, vitamin E, and beta carotene.

And tempeh is my FAVORITE vegan protein. It’s made from fermented soybeans and contains a whopping 31 grams of protein per cup. This dish is totally vegan and super tasty with flavorful ingredients like garam masala, coconut milk, and tamari.