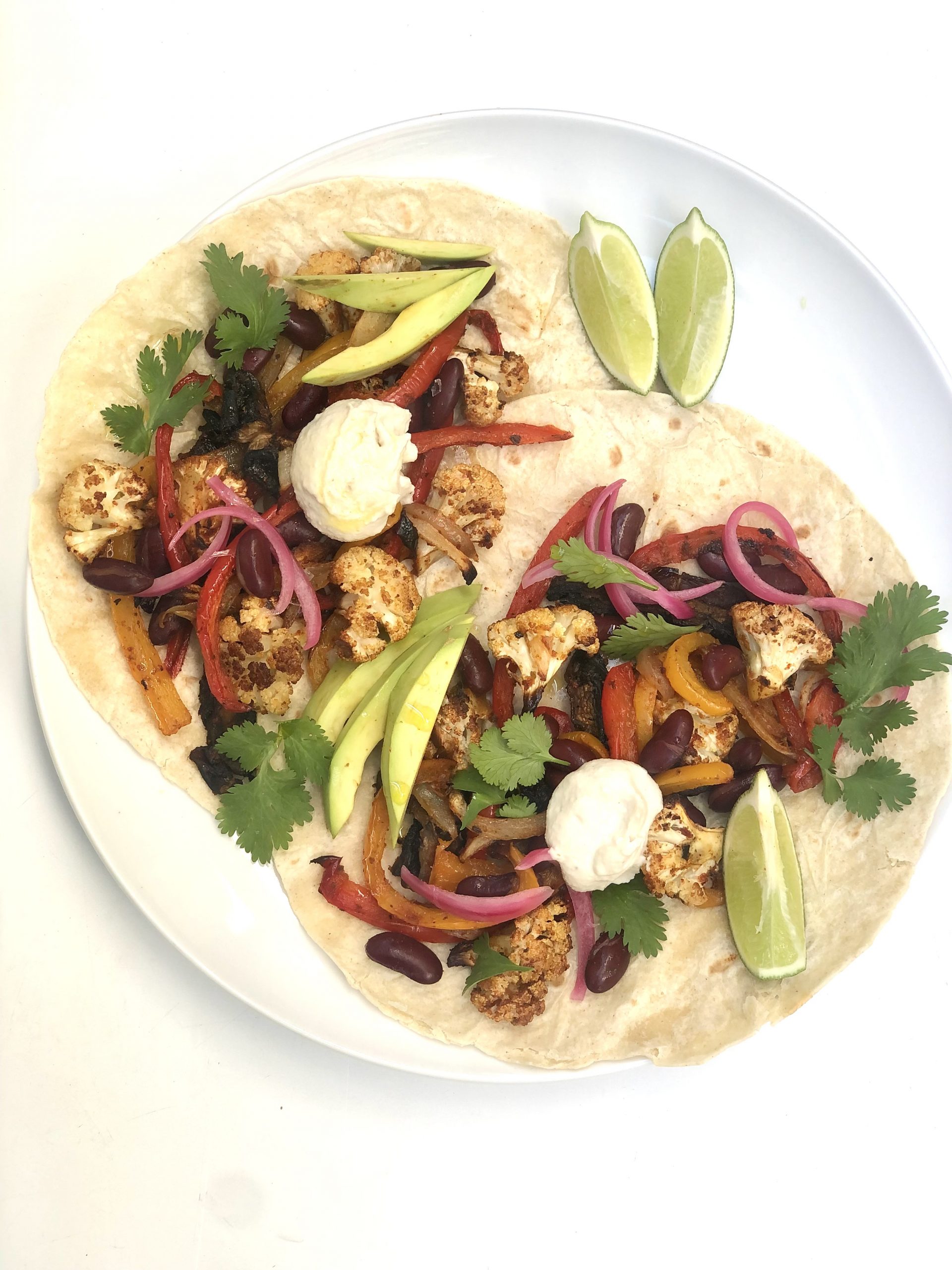 Nothing makes me salivate more than the smell and sound of sizzling hot fajitas being delivered to my table. But over the years, I’ve chosen to avoid animal protein when I can. That’s why I’m so excited about this 100% vegan fajitas recipe. It is just as mouth-wateringly delicious as the traditional version, but it’s packed with more nutrients. I love using peppers, cauliflower, portobello mushrooms for the meaty texture, and kidney beans for protein (plus a whole bunch of tasty herbs and spices).

Start by preheating the oven to 425 degrees while preparing vegetables.

Thinly slice the bell peppers and mushrooms then cut the cauliflower into bite-sized florets. Add the veggies to a big bowl and toss them with the olive oil, chili powder, cumin, paprika, garlic powder, onion powder, salt, and oregano. Add the vegetables in a single layer on a large sheet pan. Roast 15 minutes, shake the vegetables and rotate the pan for even cooking, and roast another 10 minutes or until the vegetables begin to crisp up.

While the vegetable make the cashew crema and set aside. Warm the beans in a small saute pan. Slice the avocados lengthwise. Just before serving, warm the tortillas by placing them in a dry saute pan on medium high heat for 30 seconds per side until they are slightly blackened and warm.

To serve, place the warmed beans and roasted veggies on the tortilla, and garnish with pickled red onions, avocado, cashew crema, cilantro, and lime juice. Enjoy!