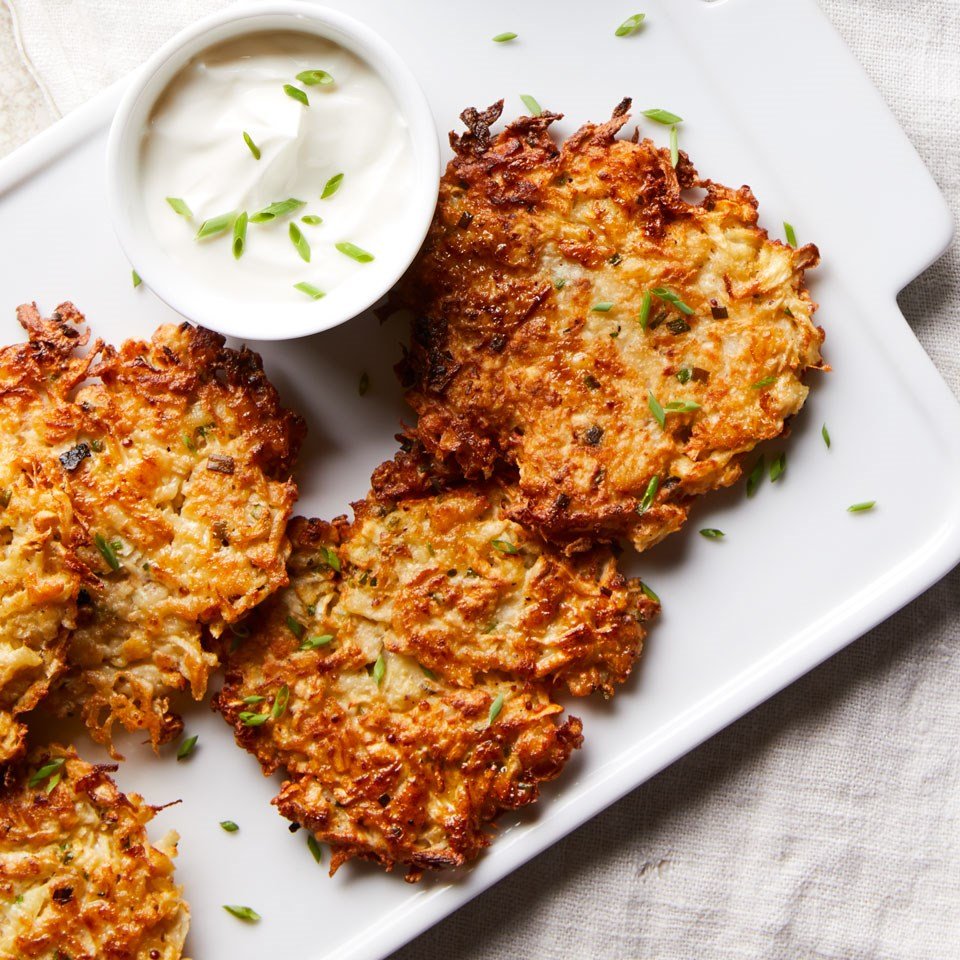 With Hannakuh came along those lovely Jewish food traditions my family celebrates. This year we kept it pretty basic, but there was one thing I couldn’t go without making and that would be those delicious potato latkes. The humble potato tastes great when fried (I think we can all agree on that!) and I discovered it’s even better when combined with zucchini and turmeric.

Directions:
Prep zucchini and potato first. Peel and grate them – I use a cheese grater. Rinse the grated potato off in cool water to reduce starch. Place the peeled zucchini and potato into a nut milk bag or into cheesecloth. Squeeze ALL the liquid out, or as much as you can. This is the most labor intensive step and I spend several minutes straining.

To a medium mixing bowl, add the strained shredded potato and zucchini, the sea salt, garbanzo bean flour, eggs, and turmeric. Use clean hands or spatula and mix well.

Preheat oil in frying pan over medium high heat. Place a large spoonful of the batter into the hot oil, press down until about 1/2 inch thick and brown on one side. Flip and continue cooking until golden brown on both sides. Place on a paper towel lined plate to catch any leftover oil.

I served with a tzatziki dipping sauce made with lebneh, cucumber, dill, and lemon.