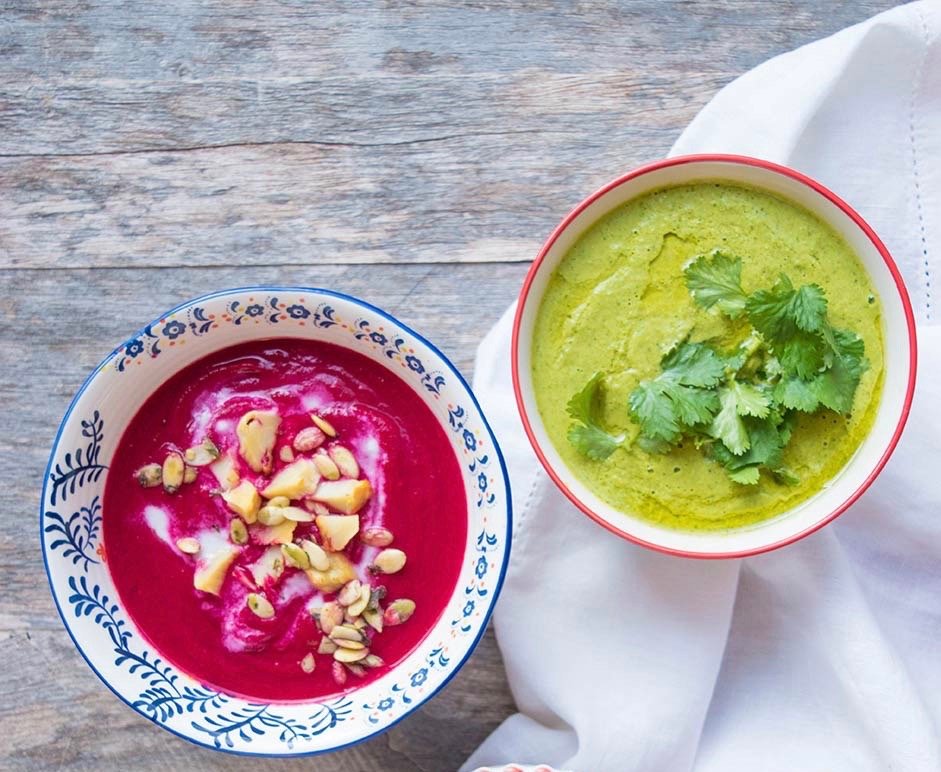 I made the mistake of questioning her choice to put two very similar beet soups just pages apart in her It’s All Good cookbook. The recipes each had only one item different between the two of them, yet they were being pitched as very different soups. It is said that insanity is trying the same thing and expecting different results. I had marked Gwyneth insane.

Or perhaps I’m the insane one, because I happily moved forward with making both soups, expecting different results. I figured, at least, I could pick my favorite of the two.

Both recipes were very simple and I was ready to try the soups. That’s when I learned the big life lesson: never doubt Gwyneth Paltrow.

Gwyneth put these two similar ingredient-recipes in the same cookbook because somehow the results were vastly different. The Beet, Fennel and Apple soup was sweet, light and tangy. The Beet Greens soup was nuturing, savory and rich. Both were incredible. I lined up taste test bowls and had my family pick their favorite. The results were pretty split down the middle and the decision wasn’t easy: everyone agreed that both soups were packed with flavor and would be delicious year round.

I re-read the recipes again to confirm that I was not, in fact, crazy. Yes, these two amazingly different soups came from some amazingly similar ingredients. Just goes to show you, things don’t always end up like you think they will, but (ok, well at least when it comes to recipes!) they are still worth trying!

Heat the olive oil in a soup pot set over medium heat. Add the fennel, onion, and garlic along with a big pinch of salt. Cook, stirring now and then, until softened but not browned- about 10 minutes.

Carefully puree the soup in a powerful blender and season to taste with salt and pepper. Serve with the chives sprinkled on top.

Greens from 1 bunch of beets, stems and leaves separated, washed and roughly chopped

Heat the olive oil in a soup pot over medium heat. Add the leek, fennel, onion, garlic and beet stems and cook, stirring now and then, until softened, about 10 minutes. Try to avoid giving the vegetables color, just get them to sweat.

Add the beet greens to the vegetables along with a large pinch of salt and a few generous grinds of pepper. Stir to combine then pour the stock over the vegetables. Turn the heat to high, bring the soup to a boil and turn off the heat. You want the greens to be just wilted and still have their integrity. Carefully puree the soup in a powerful blender, if you’d like the texture to be extremely smooth, pass the soup through a fine-mesh strainer into a clean pot. Season to taste with more salt and pepper. This soup can be chilled and eaten cold. Serve with a drizzle of good olive oil and a grind of black pepper.